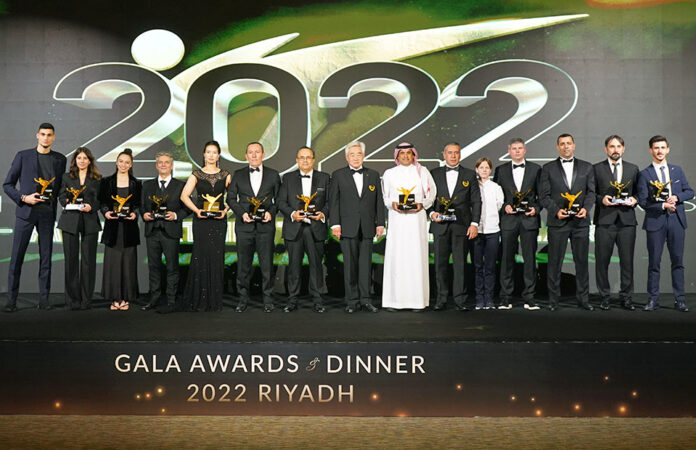 The event was held at Riyadh’s Alkhozam Hall, after the conclusion of the Grand Prix Final earlier in the day. The Gala Awards offer athletes, coaches and officials the chance to transition out of sports gear and into dinner attire for a party that ends the fighting season with a touch of glitz.

The evening kicked off with a troupe of local drummers and sword dancers performing, followed by a video presentation on the Grand Prix Series’ bounce back from the Covid pandemic. 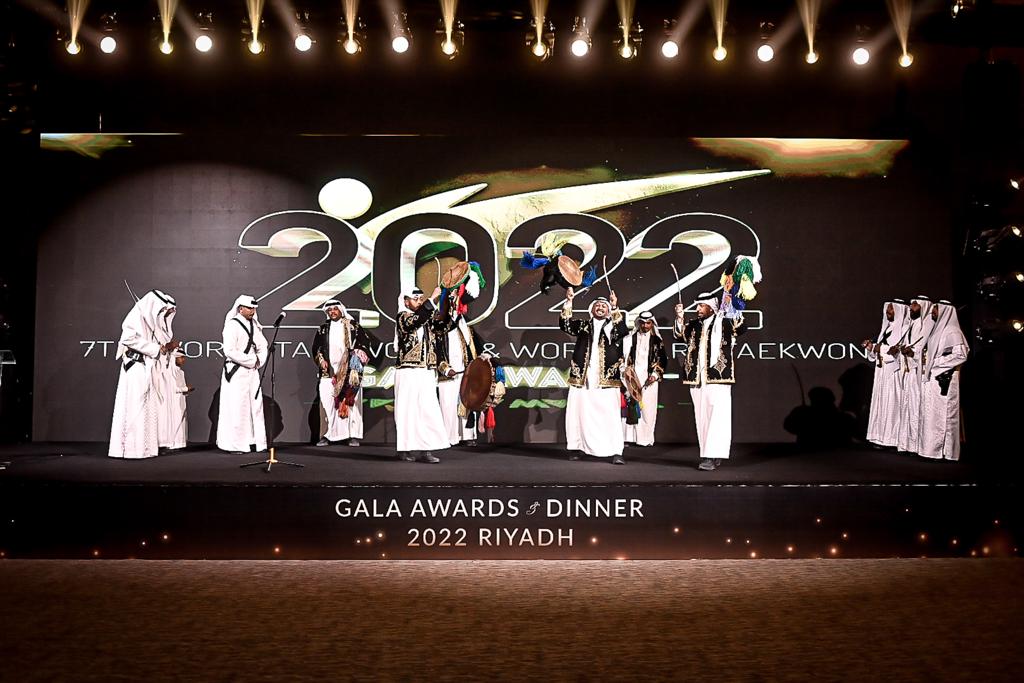 Then it was down to business.

WT President Chungwon Choue took to the stage to announce 2022’s MNA of the Year: 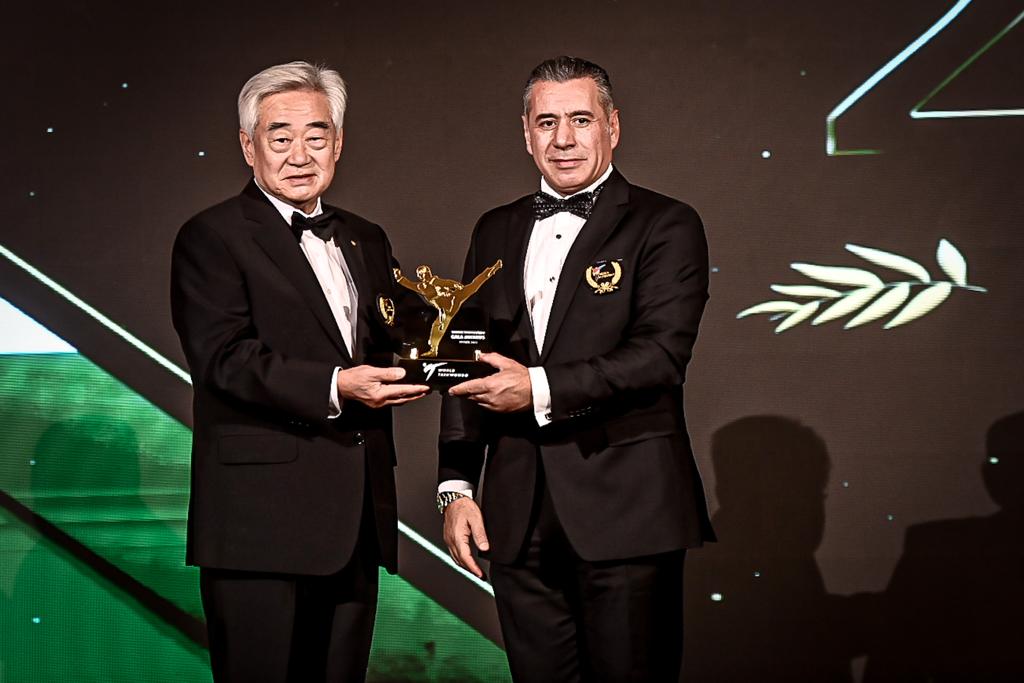 The Kingdom of Jordan. Jordan has had a tremendous year, and was the only team to capture two golds at the just-ended GP Final. Choue noted that Jordan has also been highly supportive of the Taekwondo Humanitarian Foundation’s flagship project, which empowers Syrian refugees with Taekwondo training at the Azraq Refugee Camp.

In an unusual development, a second MNA of the Year was also presented: 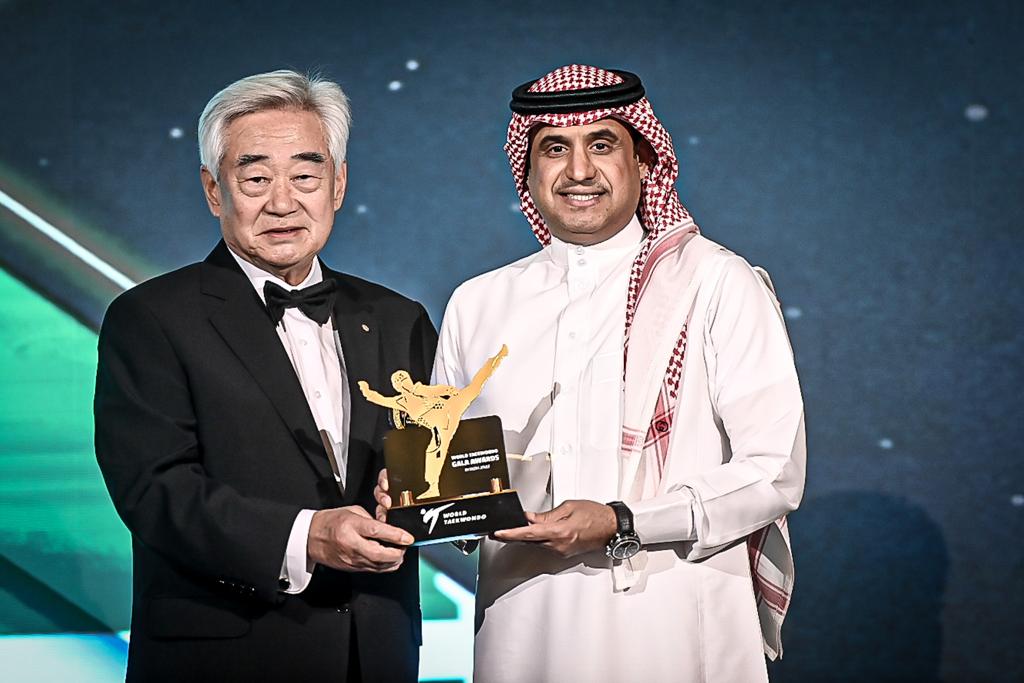 The Kingdom of Saudi Arabia. The country not only hosted the first-ever WT Women’s Open Championships in 2021, but also the Riyadh GP Final.

WT’s last GP Final had been held in 2019 before the pandemic descended. Choue thanked the Saudi Taekwondo Association for reviving it this year.

The next award was MNA of the Year for Para Taekwondo. The winner was Brazil, which won the Paralympic Taekwondo competition in Tokyo, and has developed into arguably the world’s strongest team. 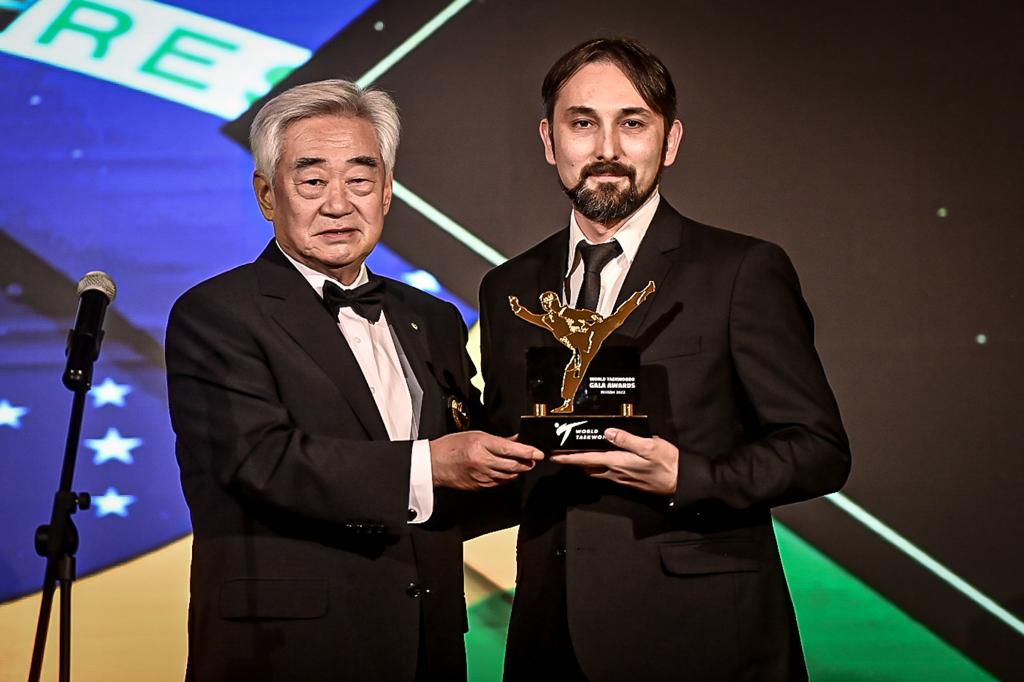 The Fighting Spirit Award was won by Ukraine. Para Athlete Vika Marchuk, a mainstay of the Ukrainian Team and a high-profile figure in Para Taekwondo, presented Choue with a piece of embroidery – a traditional Ukrainian art form – that had taken her three weeks to craft. 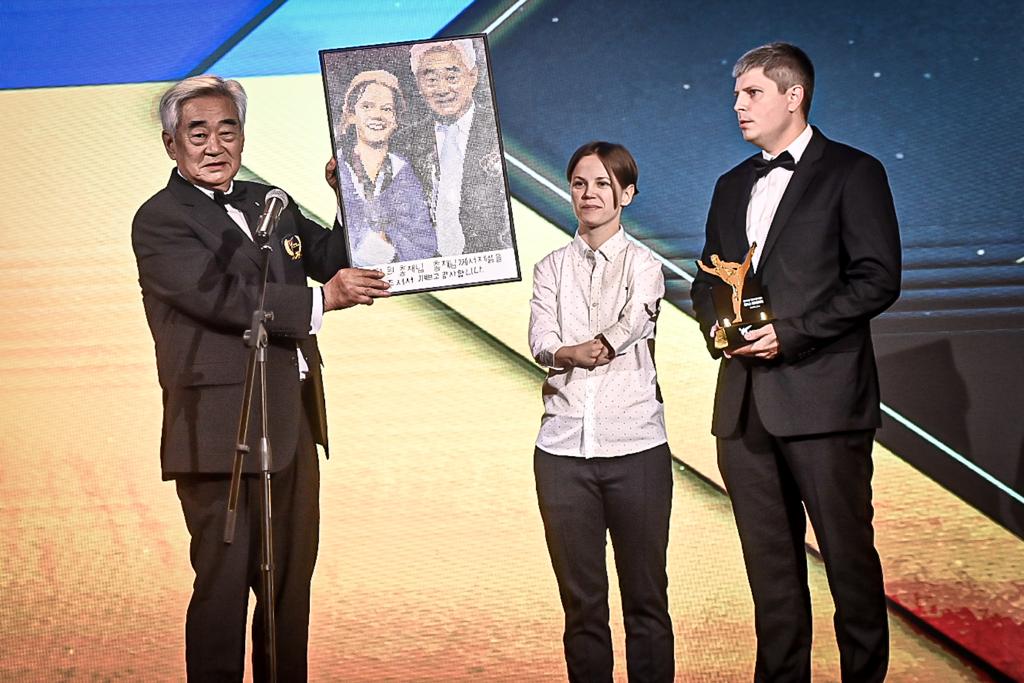 The Continental Union of the Year was won by the Pan American Taekwondo Union (PATU), which this year hosted the World Championships in Guadalajara, Mexico, and integrated Para Taekwondo into its first-ever Gala Awards evening. 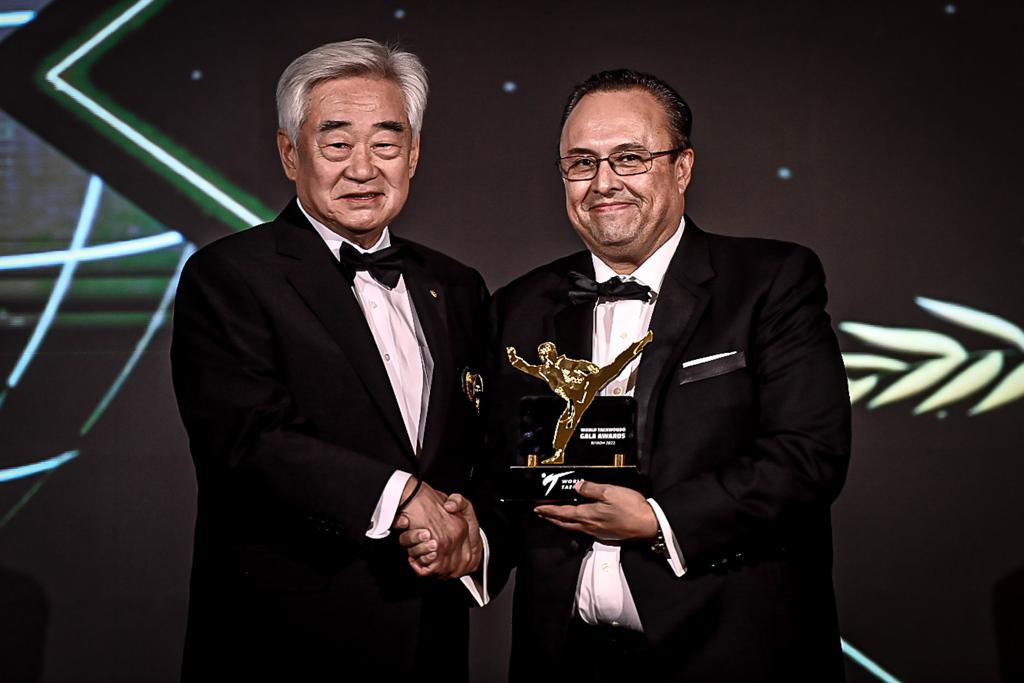 The Kick of the Year Award – selected by the WT Technical Committee – was won by Team Mexico’s Daniela Paola Suza, for her jump spinning roundhouse head kick, delivered to spectacular effect during the recent World Championships in Guadalajara. 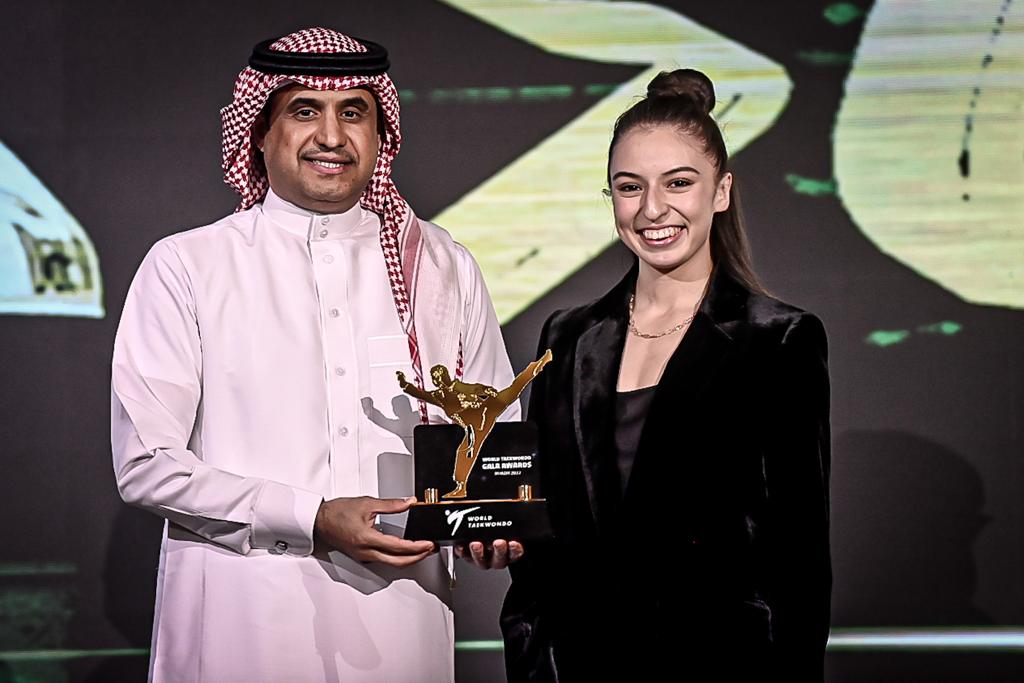 The next awards were all selected by peer vote, conducted onsite from among the attendees.

Coach of the Year went to Serbia’s Dragan Jovic. Despite the country’s small size, Jovic has, since the 2012 London Olympics, built it into a Taekwondo powerhouse generating both World and Olympic champions. 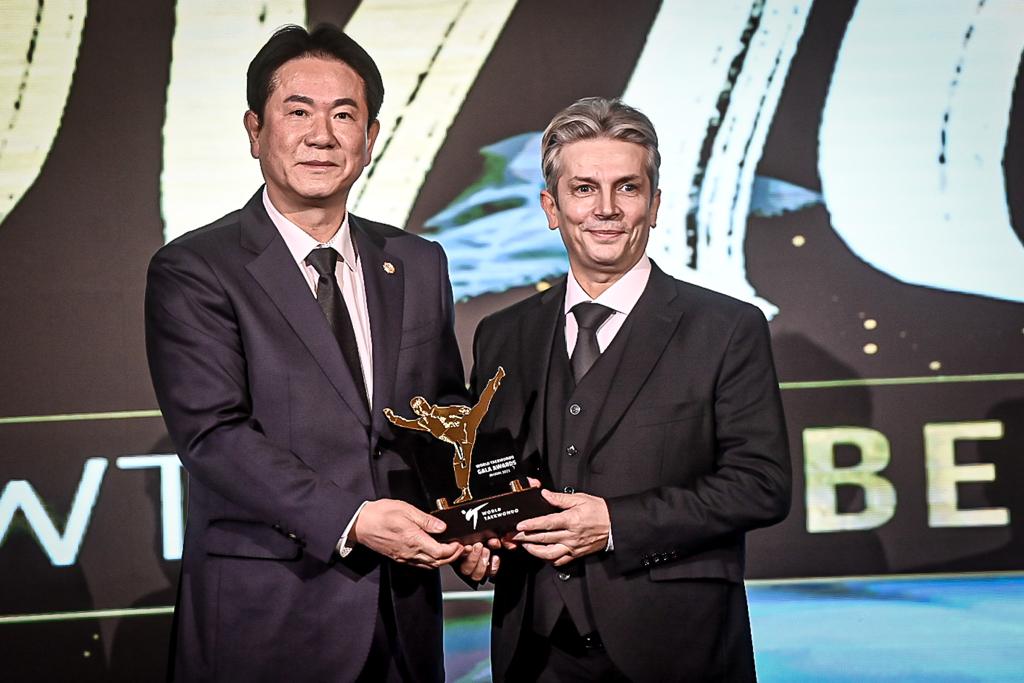 The Coach of the Year for Para Taekwondo award was won by Bobur Kuziev of Uzbekistan, who has taken the national Para Taekwondo program from the grassroots to Paralympic and multiple Grand Prix golds. 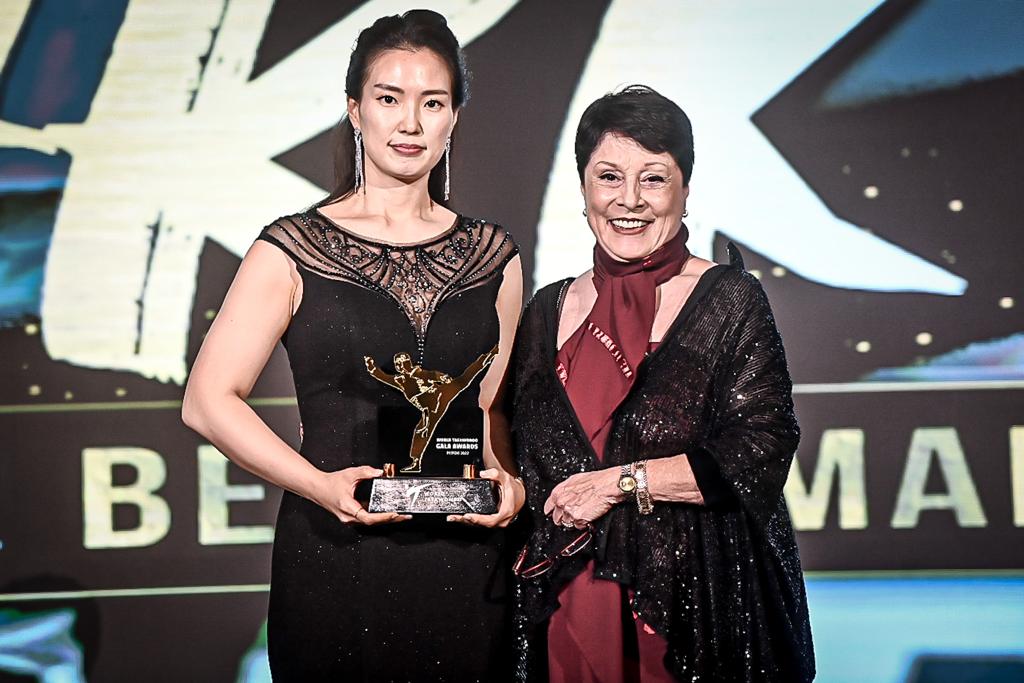 Then it was time for the biggest awards of the night.

The Female Athlete of the Year for Para Taekwondo was Meryem Betul Cavdar of Turkiye who won gold at the Sofia, Paris and Manchester GPs. 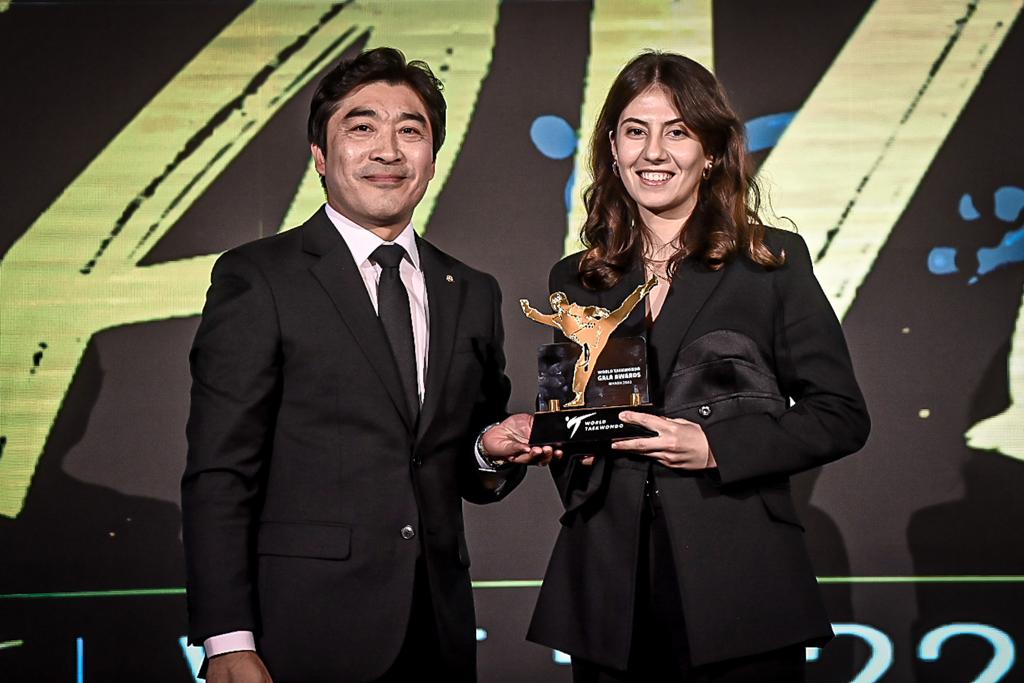 The Male Athlete of the Year for Para Taekwondo was Mahmut Bozteke – also of Team Turkiye – who has been undefeated all this year, until his first losses here in Riyadh. 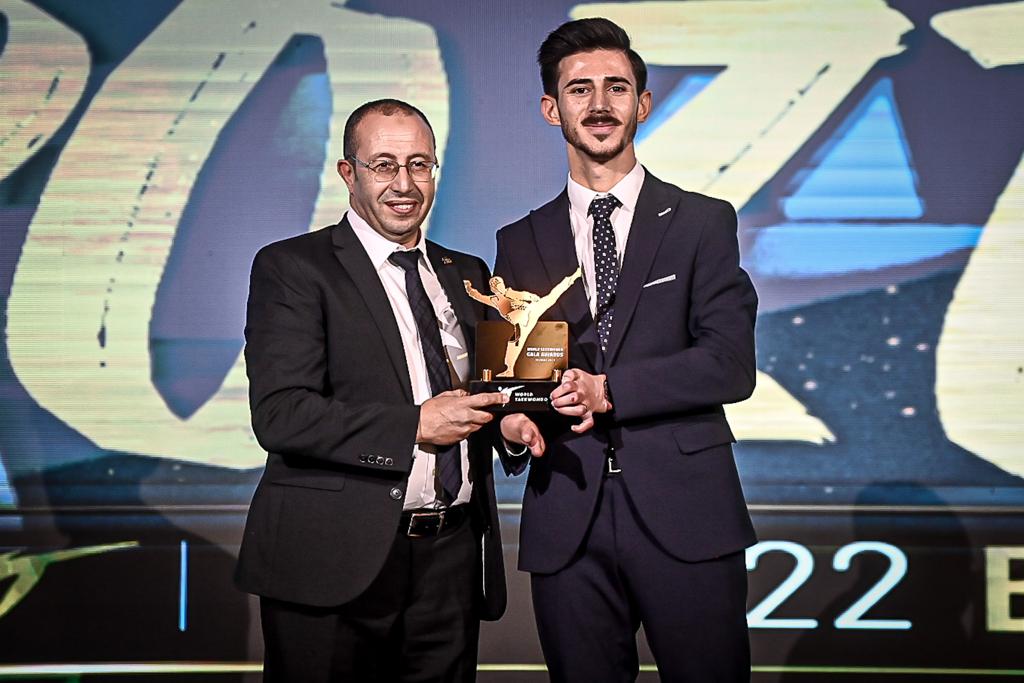 Female Athlete of the Year was Olympic Gold Medalist Panipak Wongpattanakit of Thailand, who has this year won the Manchester and Paris GPs, and – earlier in the day – struck gold at the GP Final. 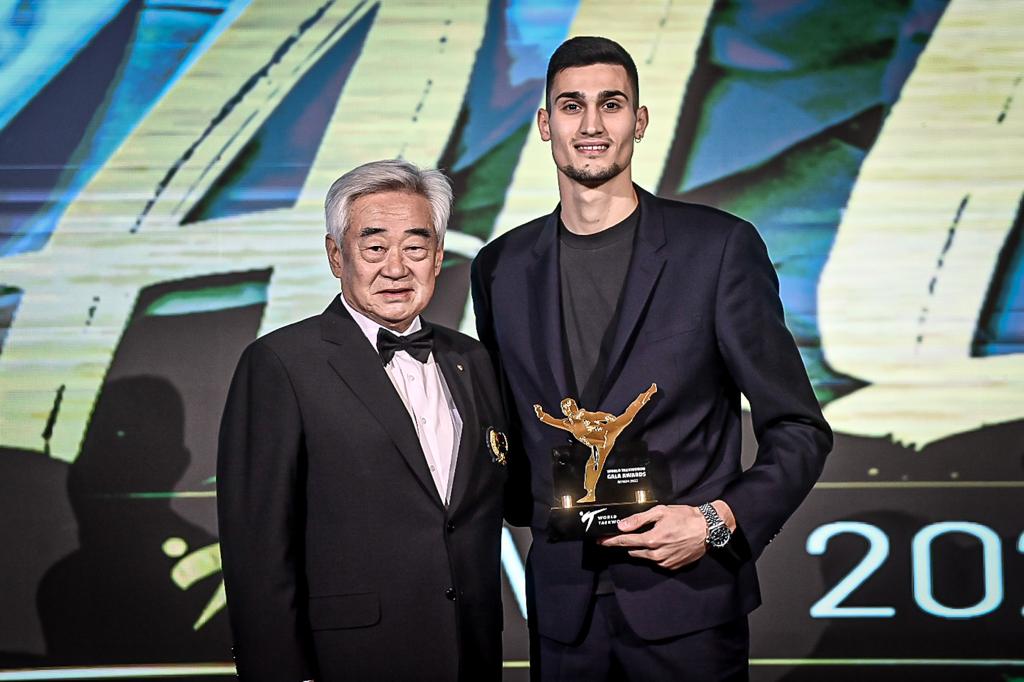 Male Athlete of the Year was Simone Alessio of Team Italy, who won this year’s Roma and Paris GPs, and who – like his female counterpart – had won today’s GP Final.

The last event was a handover from Riyadh to Manchester, which will host 2023’s Grand Prix Final and Gala Awards. 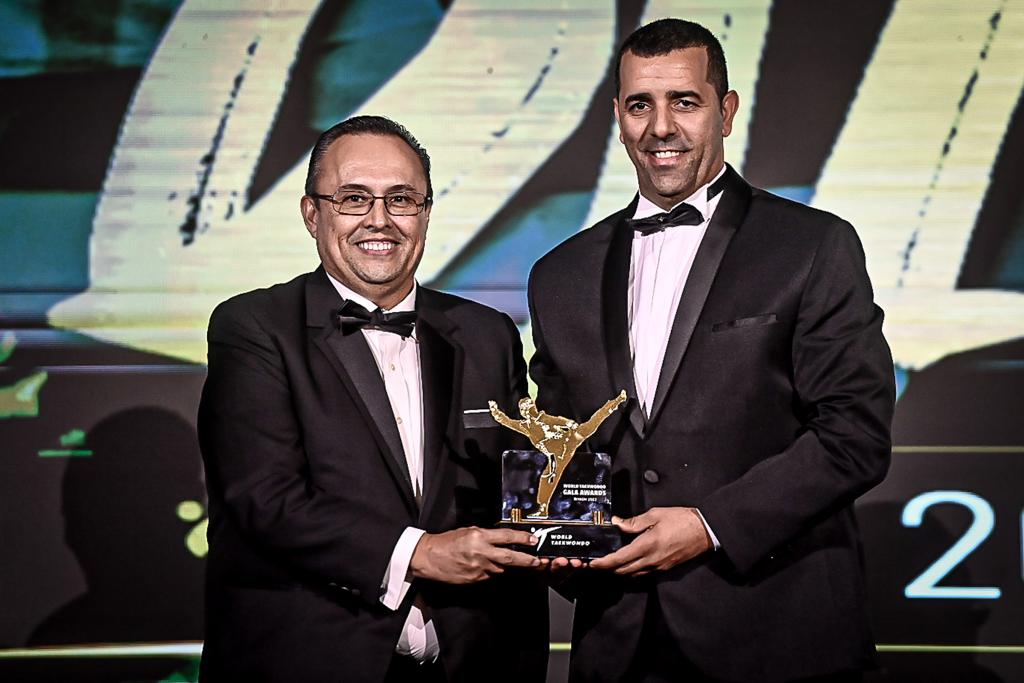 That is all from Riyadh – and World Taekwondo wishes all players and fans of the sport seasons’ greetings. 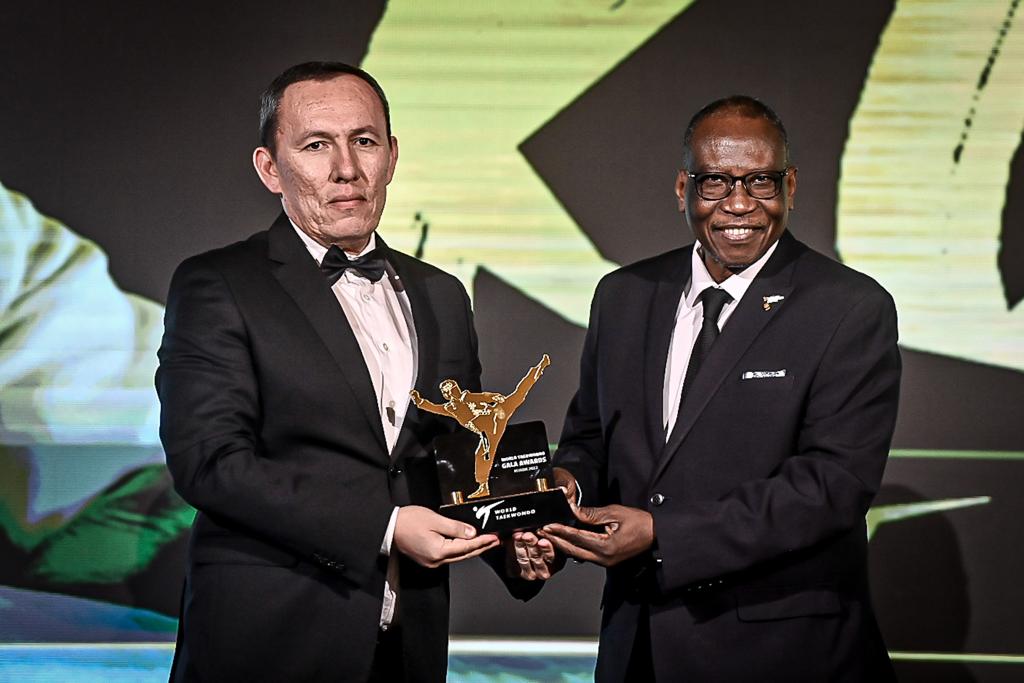