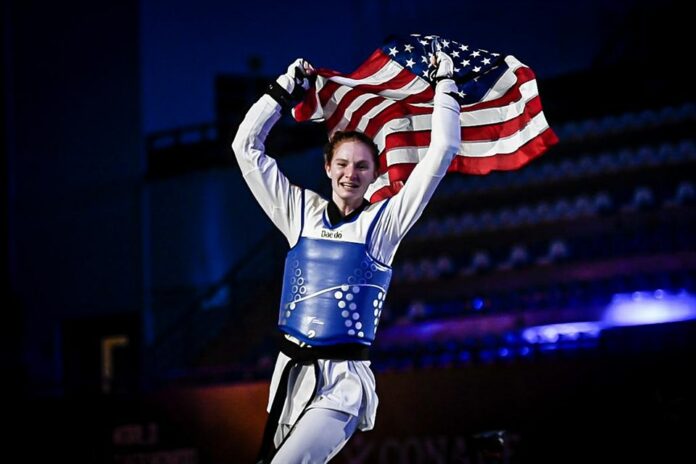 The categories contested this evening at Guadalajara’s Centro Acuatico CODE Metropolitano tonight were the W-53kg and the M-63kg.

Both fights went down to the final seconds. And the final seconds of the women’s fight – arguably the most dramatic of this championships so far – will be one that pundits will rewatching for years. 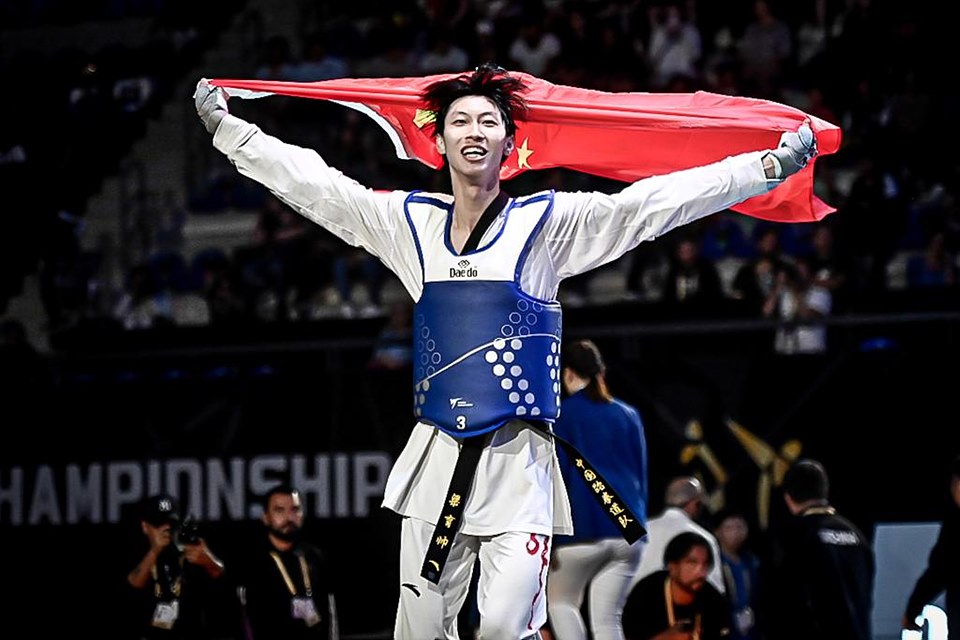 The final pitted the feet of Makayla Greenwood of USA against those of Ju Zuo of China.

Greenwood walked out to the tune of “American Woman” and got straight down to business. Round 1 was an equal fight that ended on superiority to Greenwood. In Round 2, Zou swiftly landed to the head, then both fighters went down in a tumble. The American put the pressure on, and Zuo lost a point for grabbing, but ended 4-1 up, taking the final to the third round.

Third round would end in extraordinary style.

As the fight got going, Zuo again landed to the head; Greenwood responded with her stabbing side kick. The pressure told, and Zuo lost two gamjeoms for a fall and an exit from the mats. Fraught stuff. As the match counted down, it was 5-2 to Zuo, who suffered a gamjeom, taking the board to 5-3.

Less than three seconds remained. Considerable action and drama would be packed into those seconds. 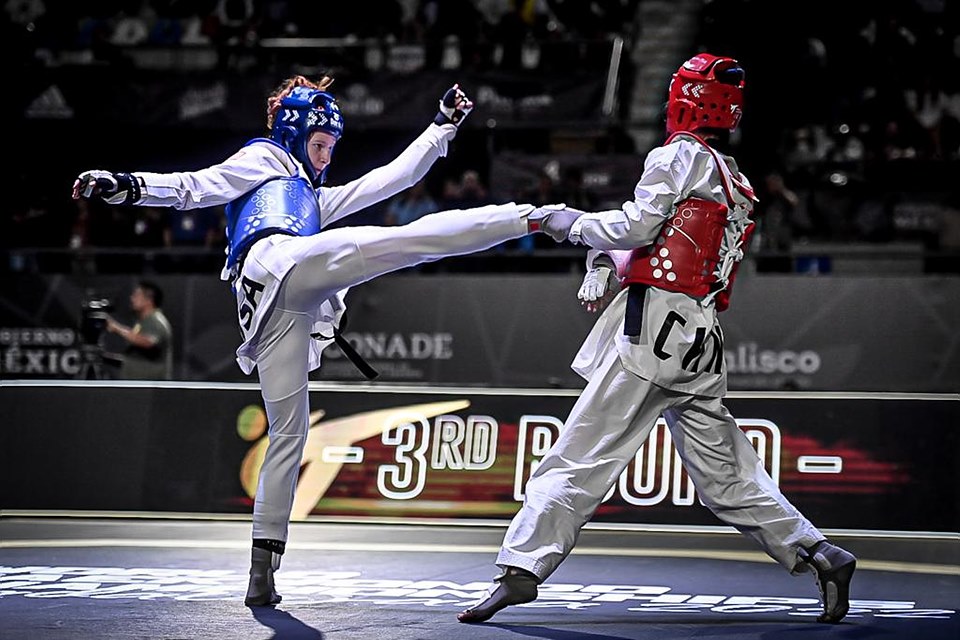 Greenwood struck with a kick to the body: 5-5. As she exulted, the award of a gamjeom to Zuo took the board to 6-5. Zuo’s coach looked gutted as another two points were added: Technical points for Greenwood’s blow to Zuo’s body, which had been a spin.

There was less than a second left to play and it was played – but it ended 8-5 to the American.

“I had been training her to fight down to the very last second, and that is what she did!” said her coach, Paul Green.

Tijana Bogdanovic of Serbia and Ivana Duvancic of Croatia went home with bronzes. 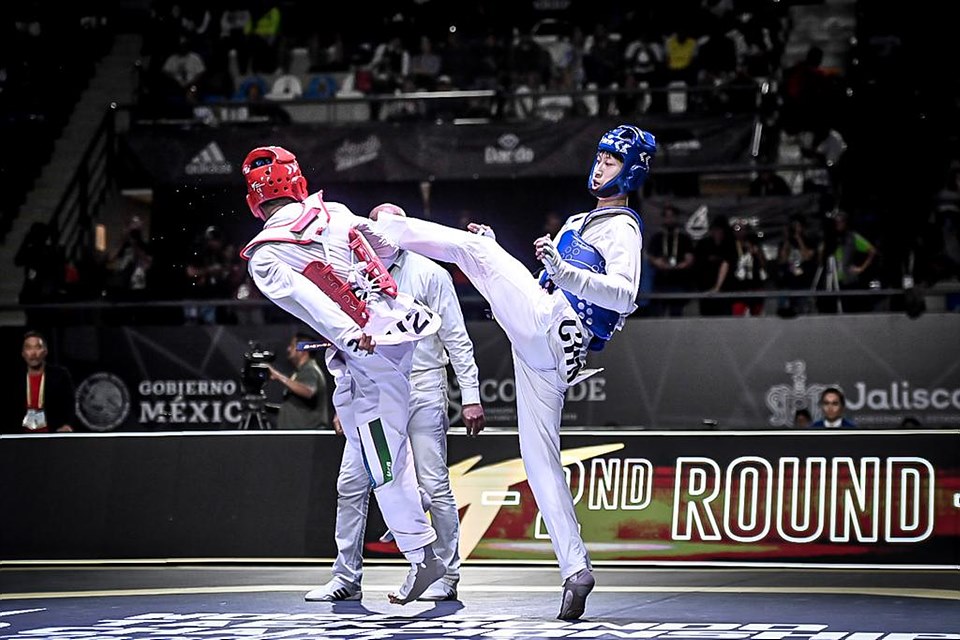 The final was a faceoff between Yushai Liang of China and Niyaz Pulatov of Uzbekistan.

Both men came out fast in the first, with Liang taking an early lead and both using punches to good effect. Though the Uzbek was firing more crowd-pleasing techniques the Chinese was racking up the points, and took Round 1, 6-2.

In the second, Pulatov led the score 3-0 courtesy a sharp body kick and a penalty for Liang, but Liang started clawing the points back, equalizing the board, 3-3. With 20 seconds left to play, both men piled in taking the score to 5-5. But Liang was determined to end it in Round 2, and in the final second, planted a kick squarely on the Uzbek’s torso, taking the score to 7-1. And that was it: Gold for China.

If you need another fix of Taekwondo action, sign in again tomorrow, when the M-54kg and the W-73kg categories are contested in Guadalajara.