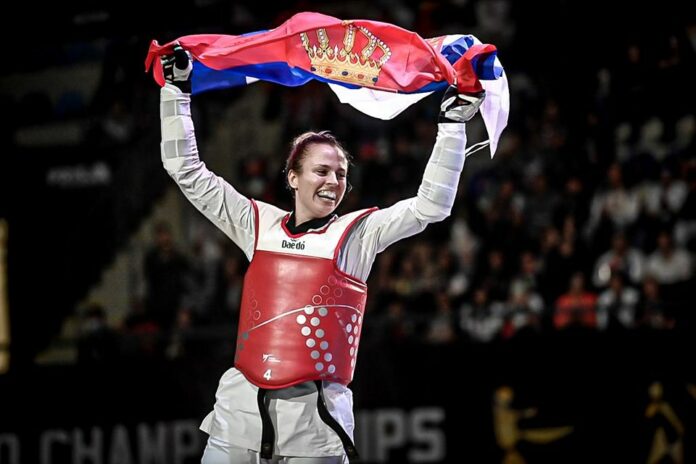 On Day 6 of this seven-day tournament, the W-73kg and the M-54kg world titles were up for grabs in Guadalajara’s Centro Acuatico CODE Metropolitano. But before the action got underway, a special ceremony was held on the field of play.

It was “adios” from legendary Mexican fighter Maria “Fist of Fury” Espinoza. The triple Olympic medalist and former world champion received a special award to mark her retirement. 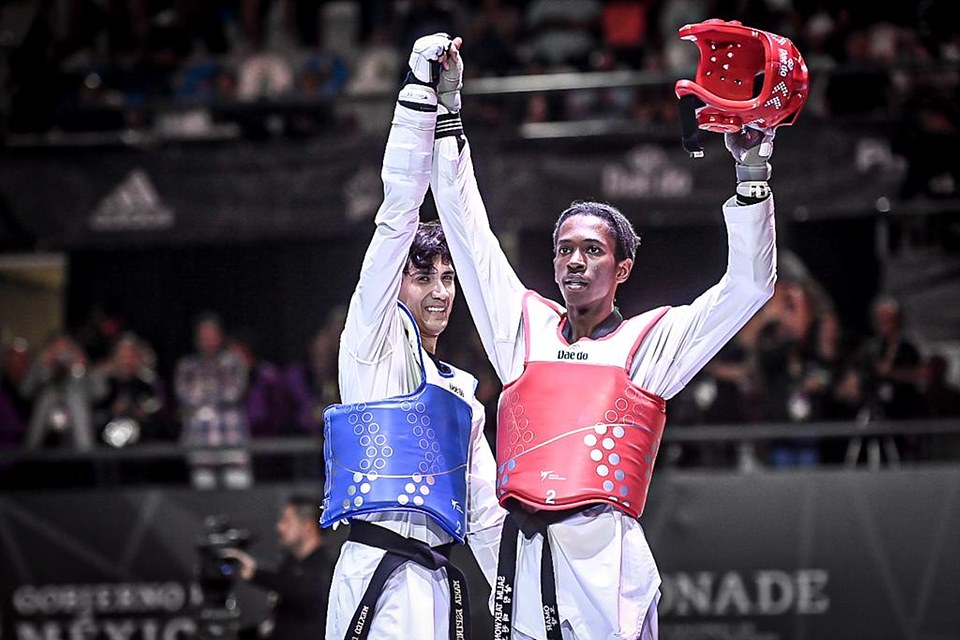 This weight class saw World Champion Da-bin Lee of Korea – who in her earlier fights looked relaxed, professional and very dangerous with her ax kick – defend her title against Nadica Bozanic of Serbia.

Lee has superb flexibility and she tried to land her ax kick from the get-go. But it was the Serbian, aiming more conservative kicks at the body, who started landing first going 3-1 up. The Korean spin kicked to the head and fell, in what would become a trend throughout the fight. Round 1 ended 12-7 to the Serbian challenger.

Round 2 started with head kicks flying before Lee landed and put two points on the board, drawing ahead. But the Serbian settled down and was firing more accurate kicks drawing ahead, 4-3. From then on, the final outcome was not in doubt. It ended 9-3 to Bozanic – yet another master performance by Team Serbia against a very, very high quality opponent.

Bronzes were won by Crystal Weekes of Puerto Rico and Rebecca McGowan of Great Britain. 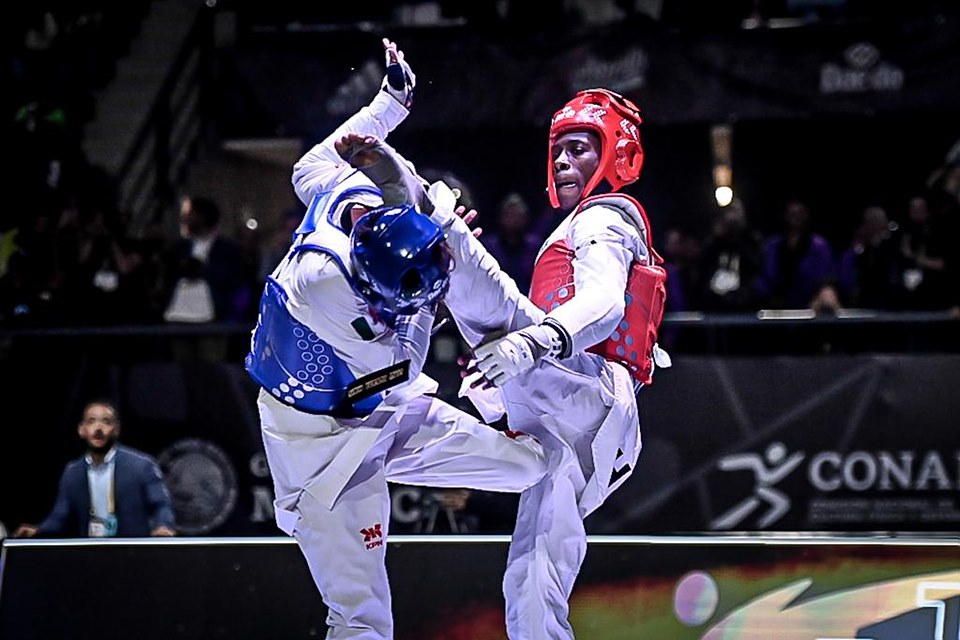 The final in this category saw hometown hero Cesar Rodriguez take on Omar Salim of Hungary. Rodriguez is a fighter’s fighter, boasting endless stamina and a firework display of technique. But he had fought an ultra-tough battle in the semis against Korea’s Jun-seo Bae, that must have sapped his energy. Salim is a stylish proponent of flamboyant technique, who had had an easier fight in the semis.

Round 1 started fast. Salim has a world-class punch, which opened the scoring. Then the Hungarian enlisted his head kick – and with his target radar locked on, lit up the board with lightning techniques – and looked relaxed and stylish doing it: Talk about peaking at the final! Round one ended 14-3 to Salim.

In the second, Salim opened fire with his long, high ax kick. His arsenal mixes punches and stabbing side kicks, with close-in round kicks and an arcing ax kick fired from a loose, low stance. Rodriguez seemed unable to get into gear, or to penetrate Salim’s defense. Comfortably ahead on the board, Salim spent the last seconds retreating – and was penalized for it – but it ended 11-9 in Round 2. A brilliant win for the Hungarian. 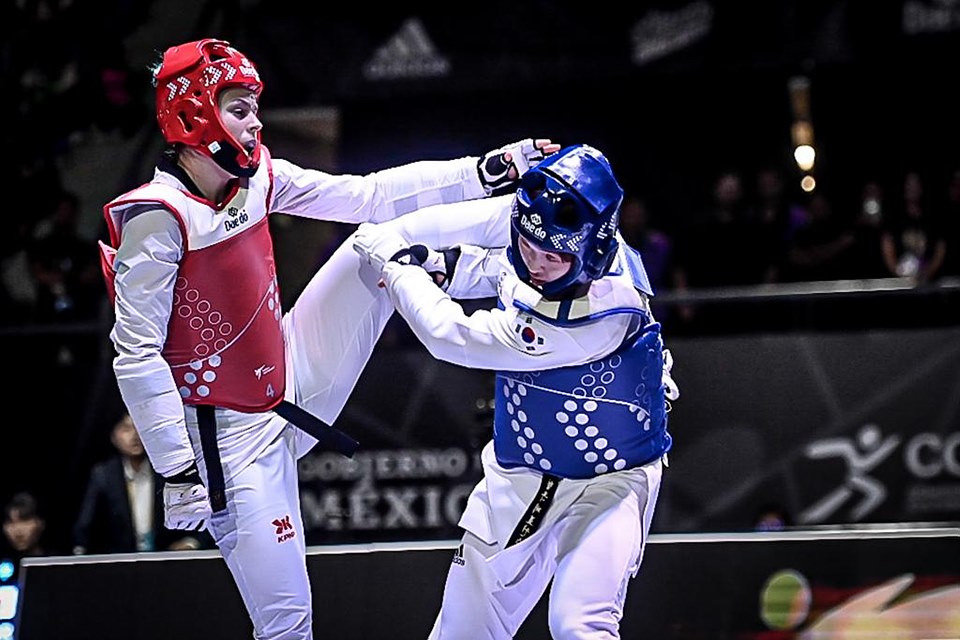 In a nice WT family coincidence, Salim’s coach and father, Gergely, had won the world title at Athens in 1991 at 19 – the same age his son grabbed gold in Guadalajara.

Bae – who had battled Rodriguez in possibly the most action-packed bout of these championships – and Po-yen Chen of Chinese Taipei won bronzes.

The seventh and final days of the 2022 World Taekwondo Championships falls tomorrow, with the M-58kg and the W-46kg.