In the men’s -80kg, the two Korean wildcard entrants – respectively winner and runner-up of the WT Grand Prix Challenge at the Muju Taekwondowon – further demonstrated the value of that event in accelerating the progress of new talent. Hwan Namgoong finished the WT Grand Prix Challenge in second place and earned a bronze medal in this, his debut appearance on the world stage. 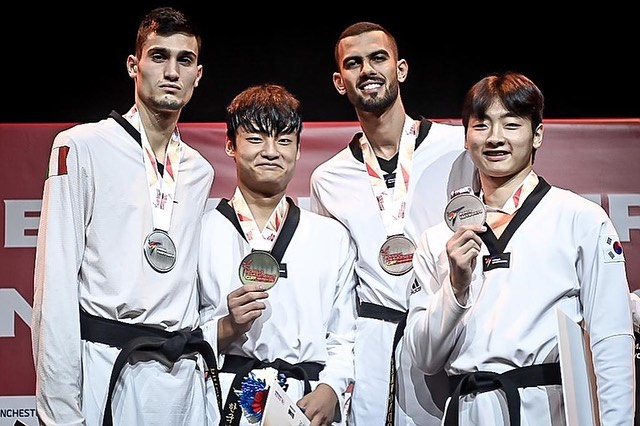 Namgoong lost his semi-final to Italy’s Simone Alessio. The Italian, winner of the previous WT Grand Prix stops this year in Paris and Rome, then took on WT Grand Prix Challenge winner Geon-woo Seo in the final. It would be a victorious international debut for the Korean, as he defeated Alessio in two rounds.

Home favourites, fresh faces and repeat winners all atop the podium in Manchester

An Evening Of Champions And Upsets, As First Medals Awarded In Manchester 2022 WT Grand Prix

On his way to the final, Seo had also beaten Firas Katousi of Tunisia. With a semi-final finish, Katousi secured a second WT Grand Prix bronze medal to go alongside the one he had won earlier this year in Paris.

In winning here in Manchester, Seo joined Tae-Joon Park as the second rising star to have achieved a winning breakthrough following success at the WT Grand Prix Challenge in June, at the Muju Taekwondowon. The WT Grand Prix Challenge is set to continue in 2023 and further upsets may well lie in store, as athletes make every effort to represent their countries at Paris 2024. 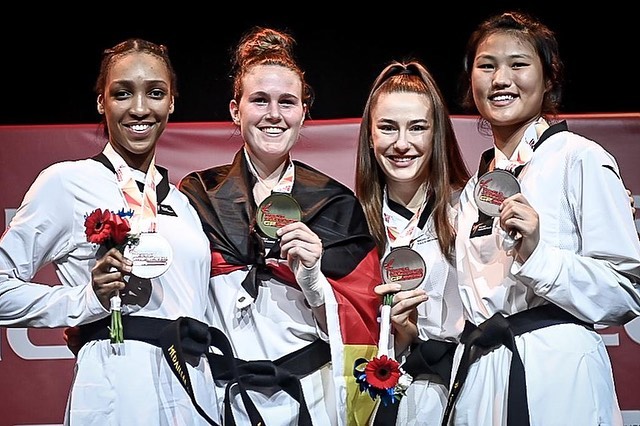 The women’s +67kg competition would be a story of redemption for Germany Lorena’s Brandl. In the quarter final, Brandl had defeated home favourite, Great Britain’s Bianca Cook. In doing so, the German reversed the result of their previous encounter this year in Manchester, where the British athlete had won their final of the European Taekwondo Championships.

On her way to the final, Brandl also defeated Poland’s two-time former WT Grand Prix winner Aleksandra Kowalczuk, in the semi-final. Brandl’s winning streak then continued in the final, as she took on France’s Althea Laurin and beat her in three rounds.

It would be Laurin’s second WT Grand Prix silver of 2022, following success in Paris. In losing to Laurin in their respective semi-final, Lei Xu of China won WT Grand Prix bronze in her own debut appearance. 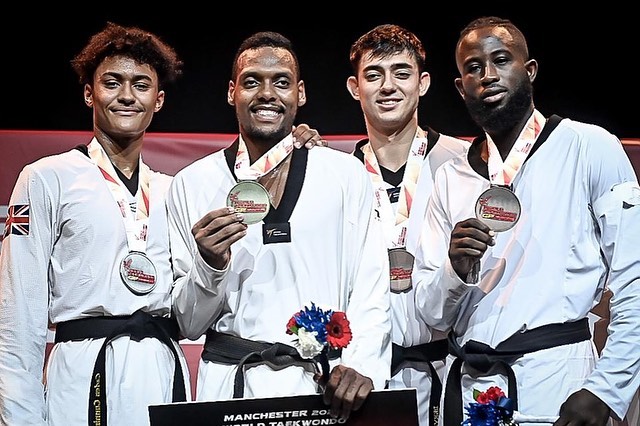 The last event of the WT Grand Prix was the men’s +80kg, with the home crowd heavily behind Great Britain’s Caden Cunningham. Cunningham earned his place in the final with a closely fought victory against 2016 Olympic champion Cheick Sallah Cisse of Cote d’Ivoire.

The final saw Cunningham take on Brazil’s Maicon Siqueira. Cunningham won the first round and Siqueira won the second. The contest would only be resolved in the last seconds, as Siqueira landed a body kick to win WT Grand Prix gold. On his own path to the final, Siqueira had overcome Emre Kutalmis Atesli of Turkey, winner of the opening 2022 WT Grand Prix in Rome.

With the conclusion of the Manchester 2022 World Taekwondo Grand Prix, the scene is now set for the WT Grand Prix Final, which is expected to take place in early December in Riyadh, Saudi Arabia.