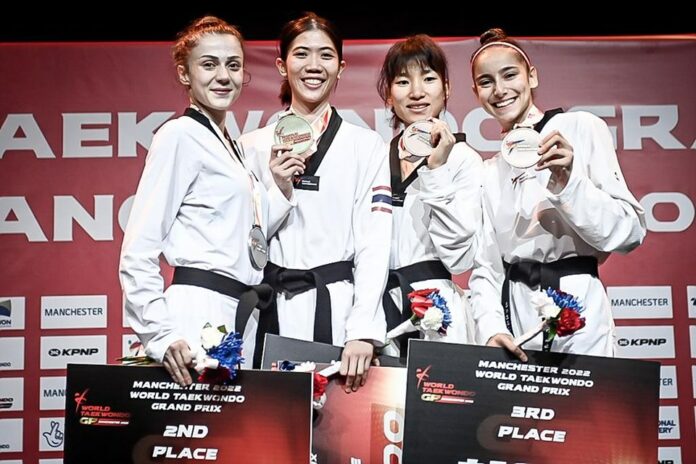 With the Olympic Qualification period for the taekwondo competitions of the Olympic Games Paris 2024 now underway, athletes competed for Grand Prix standings and also for ranking points that could see them compete at the next Olympic Games.

In the women’s 49 kg category, Turkey’s Merve Dincel progressed to the final after beating Tokyo 2020 silver medallist, Spain’s Adrianna Cerezo Iglesias. And after Tokyo 2020 gold medallist Panipak Wongpattanakit of Thailand defeated China’s Qing Guo in her own semi-final, Dincel and Wongpattanakit found themselves reprising this year’s Paris WT Grand Prix final. As in Paris, Wongpattanakit proved to be the superior fighter. 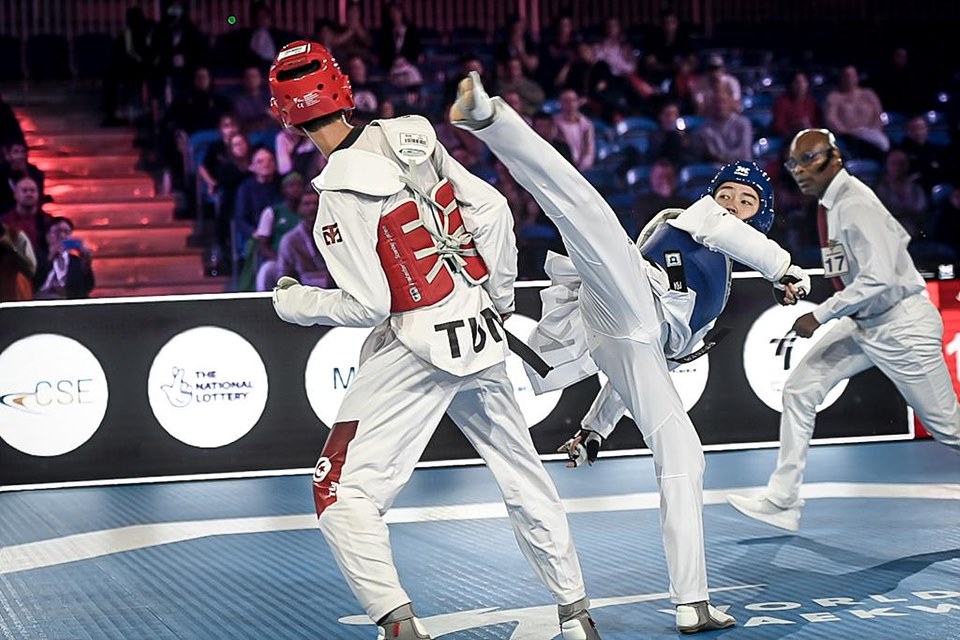 In the men’s 58 kg category Korea’s 18-year-old Tae-Joon Park, making his WT Grand Prix debut, caused the upsets of the evening. Park had been invited to Manchester as the winner of the WT Grand Prix Challenge event held in June at Muju Taekwondowon – an initiative aimed at increasing opportunities for lower-ranked and aspiring athletes.

He began by defeating Tokyo 2020 Olympic champion Vito Dell’Aquila of Italy in their semi-final. In the final, Park met Tokyo 2020 silver medallist Mohammed Khalil Jendoubi. Jendoubi had defeated Jack Woolley of Ireland in his own semi-final, despite the latter clearly benefitting from a vocal contingent of supporters. The final proved to be a close fight. Each athlete took a round before the outcome was settled in the final seconds of the third, with Park victorious.