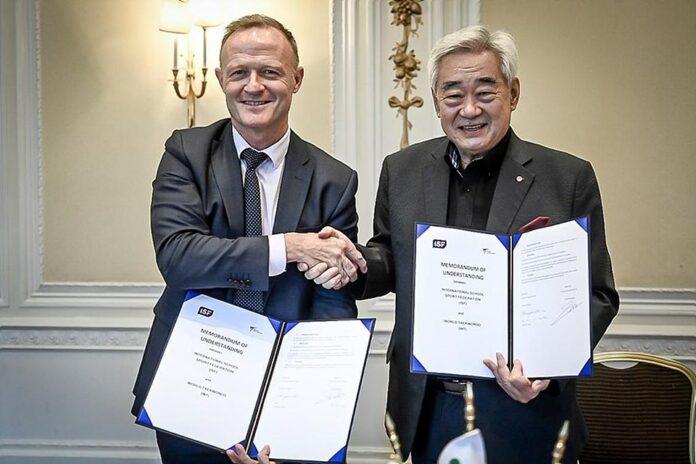 With this newly established cooperation, the overall goal is to further encourage and develop the sport of Taekwondo and its use as an educational tool for youth. This MoU will bring about the increased promotion of Taekwondo within schools and school sport events, both at national and international level, creating increased awareness about the sport and bringing more youth to the sport from an early age, through improved cooperation and communication with local authorities.

“We are delighted to be establishing this cooperation with World Taekwondo, further developing the sport of Taekwondo within the ISF and the overall school sport community. In recent years the sport of Taekwondo has taken tremendous steps in school sport, with it becoming a staple of ISF multi-sport events such as the 2021 U15 Gymnasiade in Serbia, and the 2022 U18 Gymnasiade in France. In 2023, we are proud to be hosting two more Taekwondo events, with the ISF World School Taekwondo Championship in Mexico next June, and the next edition of the ISF U15 Gymnasiade later on in August 2023.” ISF President Laurent Petrynka.

“We are very glad to be signing this MoU with the International School Sport Federation. Taekwondo is practiced in many schools around the world as it is a sport which not only keeps children physically active but also teaches them important values such as discipline, respect and understanding. Our MoU with the ISF will allow us to share knowledge and maximise opportunities for young people to practice Taekwondo. The ISF Taekwondo Championships will be an important event for World Taekwondo and the Taekwondo community.” World Taekwondo President Chungwon Choue. 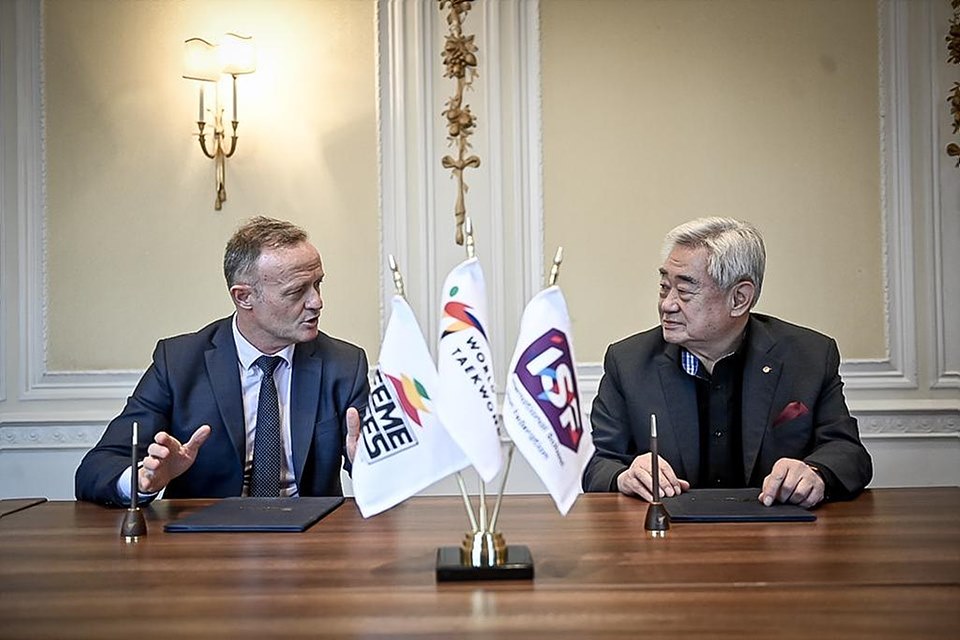 From 27th of June to 3rd of July 2023, the city of Mazatlán in Mexico will be the host city for the ISF World School Taekwondo Championship which will gather hundreds of school athletes from all around the world. Mexican School Sport Federation (FEMEDEES) is already preparing all aspects of the event at the highest level, further demonstrating its strong involvement in school sport at the international level, having participated in numerous ISF events since joining ISF in 2019.

For the Memorandum of Understanding signing ceremony between ISF and World Taekwondo in Manchester, England, FEMEDEES President and ISF Continental President for America Jose Martin Sanchez Tenorio accompanied ISF President Laurent Petrynka during this important step in the development of Taekwondo in the world of school sport.

“It is very important to have a collaboration agreement between the highest body responsible for Taekwondo, because it strengthens trust between us as organisers, participants, and coaches. It most certainly helps building better participation of Taekwondo athletes in ISF events and will also help the inclusion of new countries to join. This will be the first World Taekwondo Championship to be held in Mazatlan, Mexico and thanks to this cooperation it is going to be a successful one!” FEMEDEES and ISF Continental President America Jose Martin Sanchez Tenorio. 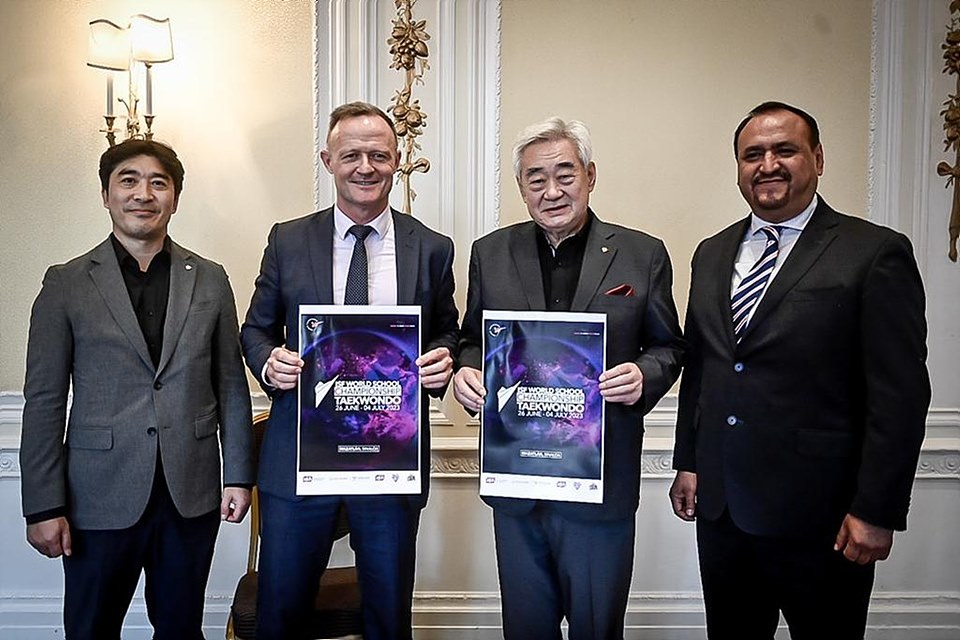 Founded in 1972, the International School Sport Federation (ISF) is an international non-profit sport organisation, acting as the umbrella organisation and governing body for national school sport organisations around the world, organising sport, and educational events for youth from 6 to 18 years old. Recognised by the International Olympic Committee (IOC) since 1995, the ISF currently consists of 134 members over the five continents organising over 10 international school sport events per year and has more than 30 different sports included in its competition programme.

World Taekwondo (WT) was established in 1973 and is the International Federation governing the Olympic sport of Taekwondo, the most inclusive and accessible combat sport which combines its values as a martial with the values of a global elite sport. WT is also committed to empower refugees and displaced worldwide providing Taekwondo trainings together with Taekwondo Humanitarian Foundation.

We are looking forward to seeing school students from across the world in Mexico next June as we celebrate this next world school sport championship alongside the strong collaboration of ISF, WT and FEMEDEES.