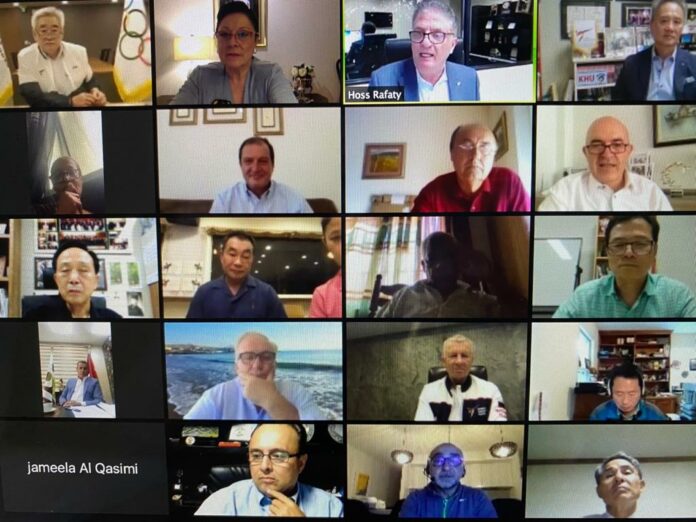 The decision to cancel the Junior World Championships in Sofia was made after the WT Council Meeting on Monday.

On August 10, the World Taekwondo (WT) canceled the Junior World Championships that was scheduled to be held in Sofia, Bulgaria, in October.

The information officially came up after the WT Council Members decided it unanimously in a videoconference and agreed to give the organization to Bulgaria on 2022.

The main argument for the cancelation was that the health of the Taekwondo family should be the priority, according to a WT press release.

Before the voting, different national federations, WT Committees, including the Medical and Anti-Doping Committees, and the Bulgarian health authorities were heard.

“Not to be able to hold the Junior World Championship in Sofia this year is a great disappointment. We are sorry for all those young athletes who have been training very hard in this situation”, said WT President Chungwon Choue through the statement.

Although in March the president of WT canceled all the official events of April and May and warned that the future of all tournaments would be analyzed after those dates, there are still events such as the Final Grand Prix of Cancun that do not know their future for sure.

“For the other WT events after May, we will monitor the situation and make adjustments, if necessary. We understand that there may be some interested parties that could be disappointed with this decision; But this is an unavoidable decision to safeguard the health and safety of all”, Dr. Choue said at the time when he issued the order to cancel the official tournaments in April and May.

Dakar remains in the air

By 2022 it was planned to give the organization of the Junior World Championship to Dakar, in Senegal, taking into account that it would organize the Youth Olympic Games.

The details came up in the official communication of WT and specify that Dakar has options to organize other future events.