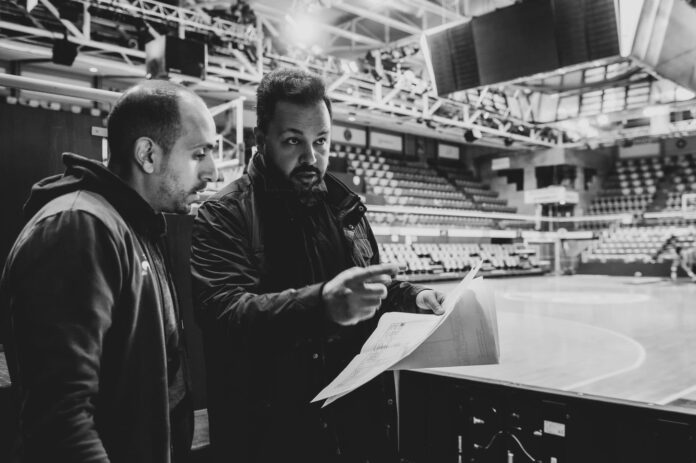 The Egyptian Mohamed Shaaban started his career in Taekwondo since early 1900’s, and after a pause in 2004, and his coming back in 2012, he returned to our beloved sport with the aim of looking for the best version of our sport to deliver the spectators even a more attractive and dynamic show.

At every event he attends, it is possible to see him involved with every little detail of the competition, always looking for to have the best scenario possible for the athletes and all the protagonists involved in the event. In MASTKD, we had the chance to have a nice conversation with him, and this is what he told us.

How long do you feel it’s been since the early 2000’s when you were an athlete?

I started as an athlete in Egypt National team in 1994 for almost 10 years competing in all competitions that were available at that time, World Cup, World Championships, African Games, African Championship among international events. After Athens Olympics I quit and pursued my professional career in Finance until now. Leaving all that at the time was hard, but I came back in 2012 and it was a very interesting turn of events.

At that time, were you already thinking about running or organizing an event?

Never, it wasn’t the main reason I came back to sport after 8 years of being away. I came back mainly to be the sports director for Egypt Federation and win again at Olympic games. Then I started to integrate the World of Taekwondo and Competition planning was something I got interested a lot in, as I wanted to give back to the sport and primarily to Coaches and Athletes. 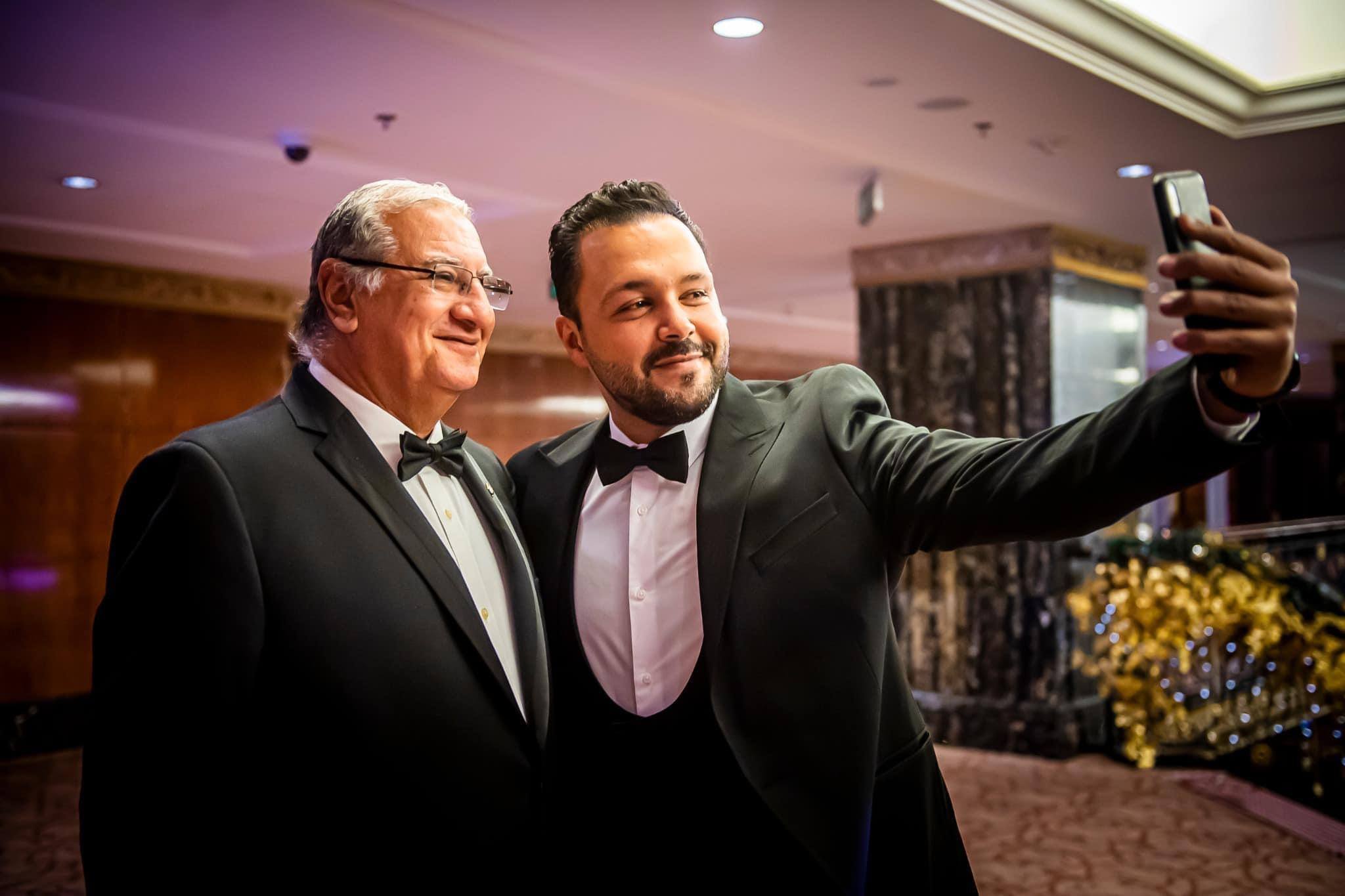 How was your relationship with Gen. Fouly?

It’s rare to meet someone like him, He is the reason I came back to the sport. I know General Fouly since I was 12 years old, I grew up close to him, even when I left the sport and the country in 2004, we were talking weekly on the phone. In 2011, he asked me to join him as part of his team running for the federation elections in 2012, which has changed my life. He was my godfather, beyond taekwondo, giving advice always and supporting me to become what I am today not in Taekwondo only but in life in general.

You had a career of permanent promotion: Athlete, part of the Egypt Technical Team, administrative functions and then jumped to WT to become the 1st Egyptian to be a Technical Controller at an Olympic Games (Tokyo) and as it was announced your first time as Technical Delegate in Paris 2024 What does this mean to you?

First, I would like to thank Dr. Choue (World Taekwondo President) for his support and believe in young and diversified talents. He demands high quality of execution and always look for continuous improvement which pushed me to develop a lot, as you can see that in my career progression with world Taekwondo. Having said that, the career progression comes with greater responsibility to the sport and all parties involved in it and of course push myself to improve more.

Are we seeing the best Taekwondo in history?

We have made a lot of progress I believe the best of 3 system is a step change in terms of excitement. However, we must keep improving on many fronts, once we think we are at best then I think that’s the time for us to leave and have new technical team to take over. We are aware of the strength and improvements we need to make; some can be done in short term, and some would require longer time to implement. I believe with continuous dialogue with coaches, referees, athletes, and service providers we can establish more enhancements to the game.

What things do you think still need to be improved?

We have a short Olympic cycle this round, and with that we didn’t have the time we wished to test more before going to live events. Key things we look at now is to streamline our rules, provide more clarity to the participants and crowd. Allowing better flow of the game with less interruptions and clearer guidelines regarding the gamgeoms given. 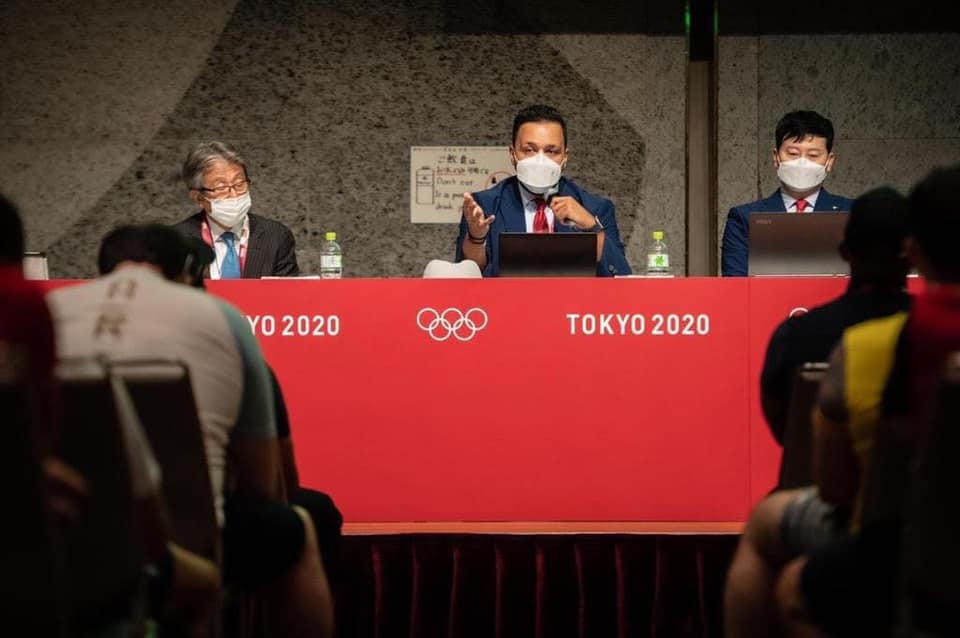 Should we continue to feel the stress of constantly feeling that we may lose Olympic status or is that part of the past?

Personally, I would like to focus on what I can control, do our best, continuously improve the game and give spectators a superior experience. As we continue focusing on that, I believe we will maintain our status for many years to come.

Do you have any distractions or hobbies that have nothing to do with Taekwondo?

Football of course (smiles), beside travel and learning new languages.

We want to congratulate you for your work and thank you for the good treatment you have always had with the MASTKD team in every event we met. Would you like to add anything?

Thank you, you work twice as hard covering all TKD news globally. I would like to Thank MASTKD for being there for Taekwondo all over the past years and many more to come.