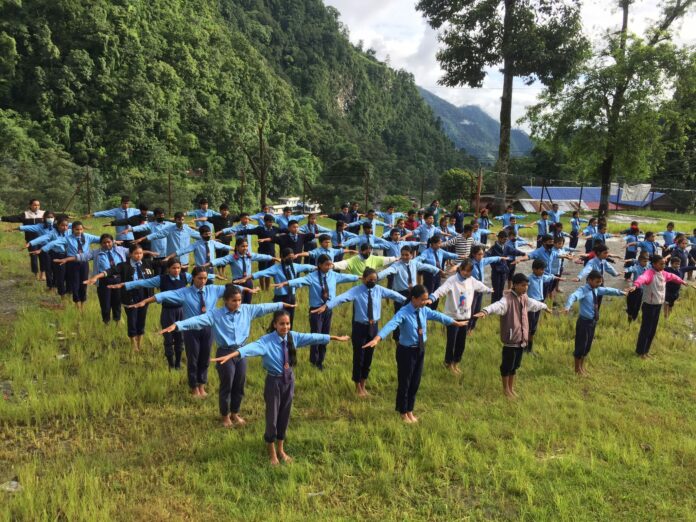 Under the theme “Let’s Build the Future with Taekwondo,” the 2022-2023 WT-ADF Um Hong Gil Human School Cares project is benefitting 87 middle and high school students at Birenthanti Secondary School in Birenthanti, about 2 hours from Pokhara by car.

The new $25,000 WT-ADF Um Hong Gil Human School Cares project is funded by the ADF and the Nepal Taekwondo Association runs the program by dispatching local taekwondo instructors to the secondary school.

The Cares program offers the school students one and a half hours of taekwondo and Korean language classes after school four times a week. 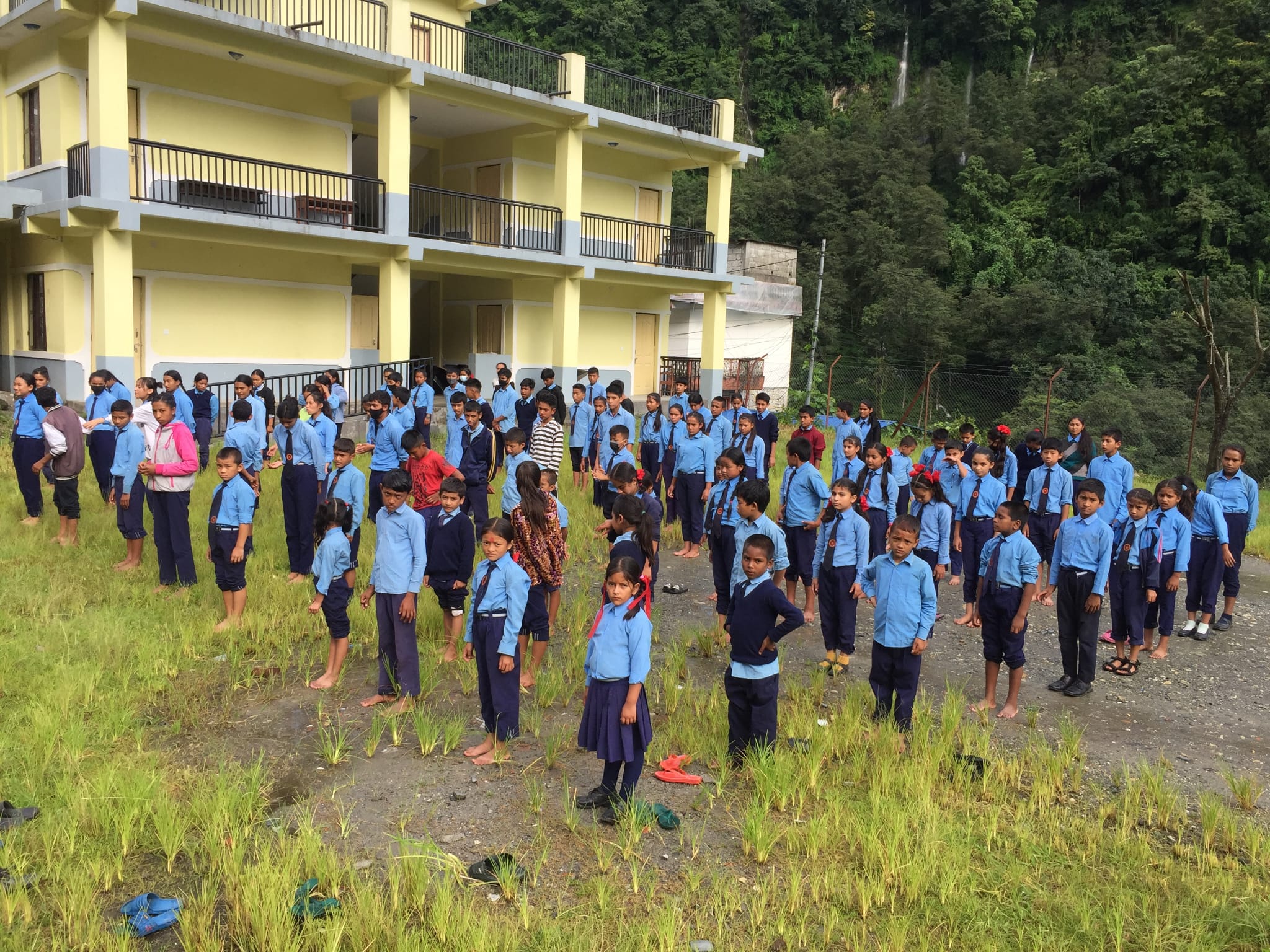 World Taekwondo President Chungwon Choue said, “The WT-ADF Um Hong Gil Human School Cares Program is very meaningful as it teaches taekwondo and the Korean language to school students. I hope the Cares program will further expand to other schools in Nepal and other Asian countries.”

The Um Hong Gil Human Foundation was established in 2008 and has since built 16 human schools in remote areas of Nepal to commemorate Korean mountain climber Um Hong Gil’s achievement of climbing 16 slopes higher than 8,000 meters in the Himalayas, the first in the world. The 16 slopes are the commonly recognized 14-peak Himalayan set and two peaks of Yalung Kang and Lhotse Shar that Um believes deserve the same status as the original 14.

Birenthanti Secondary School, which was built in 2013, was the 4th human school by the Um Hong Gil Human Foundation.

WT will cooperate with the Nepal Taekwondo Association to organize the opening ceremony of the WT-ADF Um Hong Gil Human School Cares Program at the secondary school on September 23 with the attendance of WT President Choue and mountaineer Um Hong Gil, among others.

Since 2016, WT has carried out its Cares programs under the mission “Taekwondo for All” and “World Peace through Taekwondo.” The vision of the WT Cares Program is to provide taekwondo to those in deed and empower the powerless, such as orphans, reformatory inmates, alcohol and drug addicts and street children, in developing countries. 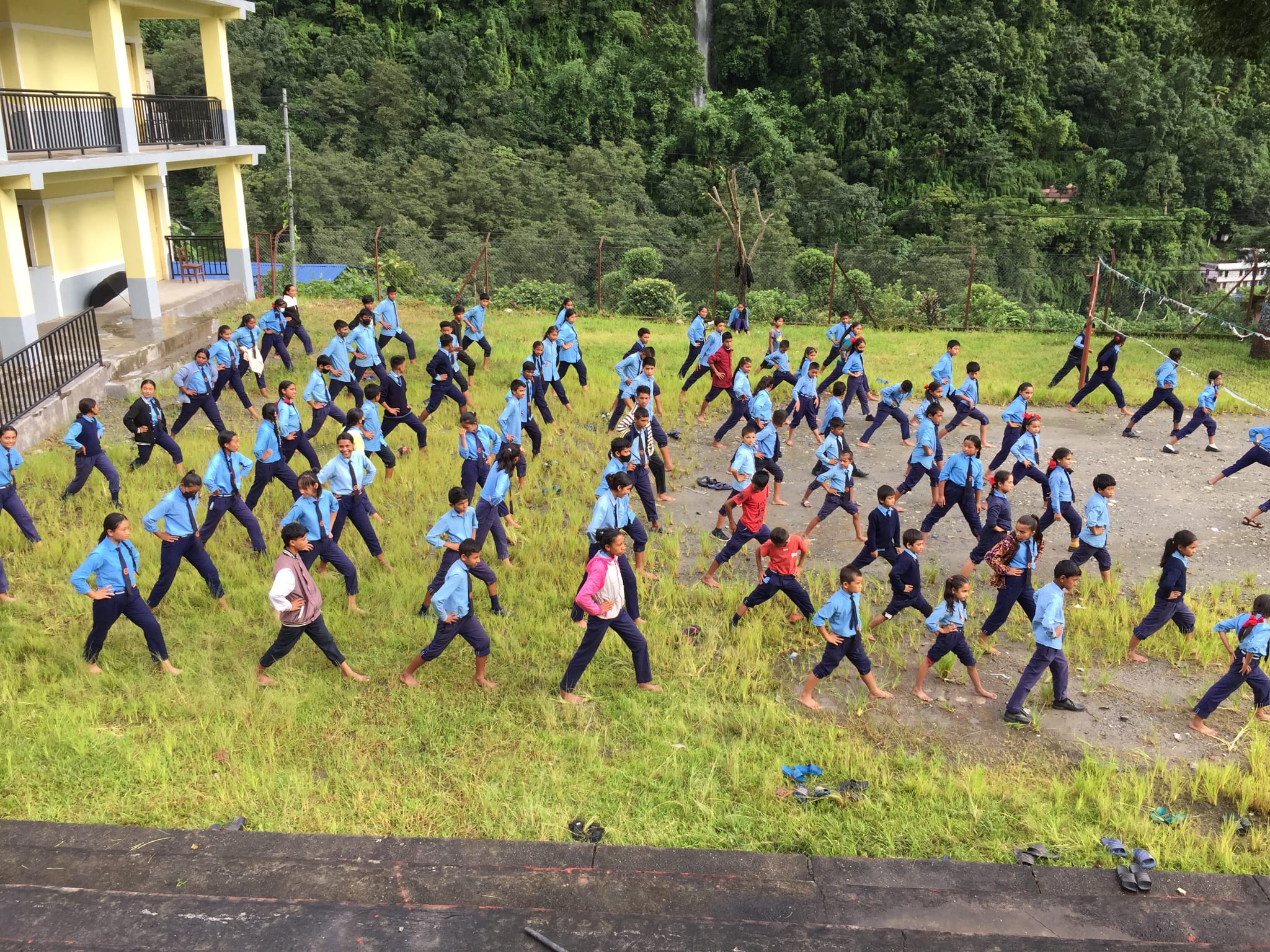 The WT-ADF Cares projects are under way in Nepal, Cambodia, Sri Lanka, Bhutan, Mongolia, Kyrgyzstan and Timor-Leste. WT plans to start a new Cares project in Afghanistan this year. WT wishes to expand the WT Cares projects outside Asia with new donations.