Inicio ENGLISH Great fights at the start of the senior division of the Pan...
Facebook
Twitter
WhatsApp
Telegram 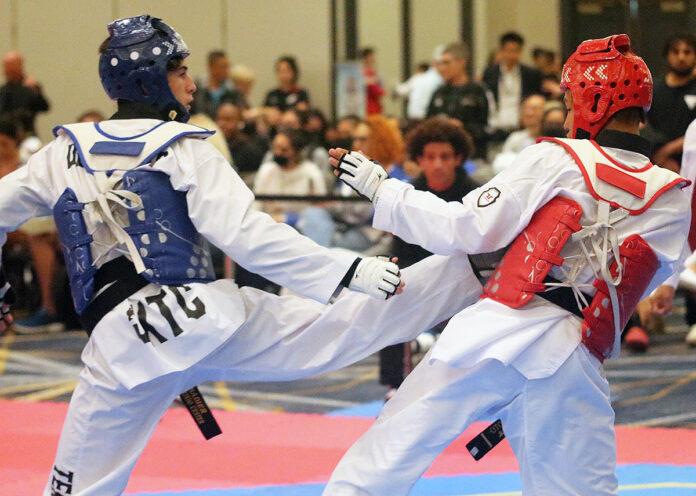 Ten divisions will distribute medals and wild cards to the next Pan American championships on August 20 in the tournament that adds 20 points (G2) to the World Taekwondo ranking, and which is part of the continental circuit devised by PATU for the benefit of the athletes of the region.

The MVP and 2022 Pan American champion, Carl Alan Nickolas (USA), starts as home favorite to win the gold in the -80kg in a key where the Olympian in Tokyo 2020 Moises Hernandez (DOM), the champion of the Pan American Games Lima 2019, Miguel Angel Trejos (COL), recently crowned in the Bolivarian Games Valledupar 2022, stand out. The talented Henrique Rodrigues Marques (BRA), gold medalist at the III South American Youth Games, will be another athlete to watch in this competition.

In the -74kg, Edival Pontes (BRA) will seek his third gold medal in President Cup after his total victories in 2018 and 2019. To do so, he will have to overcome in a 19-competitor bracket that also includes Canadian Tae ku Park as third best seed and world runner-up (Puebla 2013) and two-time Pan American champion René Lizarraga (MEX).

Bernardo Pie (DOM), fourth in the WT world ranking in the -68kg, is shaping up as the toughest rival in this division, where the best of the continent are: Chilean Ignacio Morales, Olympic in Tokyo like Pie, in addition to the South American and Pan American champions of Chile and Colombia, respectively, Sebastian Navea and David Paz. Khalfani Harris (USA), Joao Victor Souza (BRA) and Mexicans Uriel Gómez and Iker Casas will also compete in the category.

Experience and youth guarantee great matches in the -63kg, where there are two competitors of great trajectory as the Olympic bronze medalist in Rio 2016, Luis Pie (DOM), and the Grand Prix winner and also an Olympian, Carlos Navarro (MEX), who could face each other in an eventual semifinal round. On the other side of the bracket, Gabriel Ramos (BRA), fifth in the WT world ranking, appears as a strong candidate over South American youth champion Cristian Oliveros (CHI) and Canadian Braven Park.

In the -57kg, three athletes from the Americas ranked among the top eleven in the world will fight for gold in Jacksonville: Skylar Park (CAN), Sandy Macedo (BRA) and Faith Dillon (USA), ranked 5, 10 and 12 in the WT world ranking, respectively. Park, recently crowned continental champion in Punta Cana 2022, will go for her second consecutive President’s Cup after her victory obtained in Las Vegas 2019. Another important athlete with medal projection is the two-time Pan American champion and seventh in the WT ranking in the -53kg Makayla Greenwood (USA), this year winner of three important titles in the continental circuit and who seeks to consolidate herself as a figure in her country in the -57kg: Puerto Rico Open, Rio Open and the Punta Cana Pan American Championship.

Fabiola Villegas (MEX), ninth in the world, and Talisca Reis (BRA), an athlete with eight Grand Prix appearances, lead the experienced women among the 15 competitors in the women’s -53kg in Florida.

Pan American champions Daniela Souza (MEX) and Andrea Ramirez (COL), contenders for Olympic qualification to Paris 2024 via WT rankings, look like favorites to meet in the -49kg final in Jacksonville. Souza is third in the world, bronze medalist at the Rome Grand Prix this year and current two-time continental champion in the -49kg, while Ramirez, an Olympian at Tokyo 2020, started the cycle to Paris 2024 this year as winner and MVP of the Pan American Championships in Punta Cana and also won gold at the Valledupar 2022 Bolivarian Games.

Laura Sancho (CRC), is the best ranked competitor in the 0.46kg world ranking representing PATU, a condition that she will enforce in her eight-athlete key in the President’s Cup, where she will have as main rivals Matilde Fafhard (CAN), Karoline Castillo (PAN) and especially Valeria Santos (BRA).

In the +73kg division, Tokyo 2020 Olympian Katherine Rodriguez (DOM) will have to wait for the winner between the Americans Alena Viana and Hanna Keck to fight, win and get into the final, where Gabriele Siqueira (BRA) or the Pan American and Bolivarian 2022 champion, Gloria Mosquera (COL), will be waiting for her. The actions of the senior G2 division of the President’s Cup begin this August 20 and will continue on August 21, with 20 points to be distributed and a great versatility of competitors from the region with great technical level and projection.