Inicio ENGLISH The Ugly Business of Taekwondo, why is the GMS under attack?
Facebook
Twitter
WhatsApp
Telegram 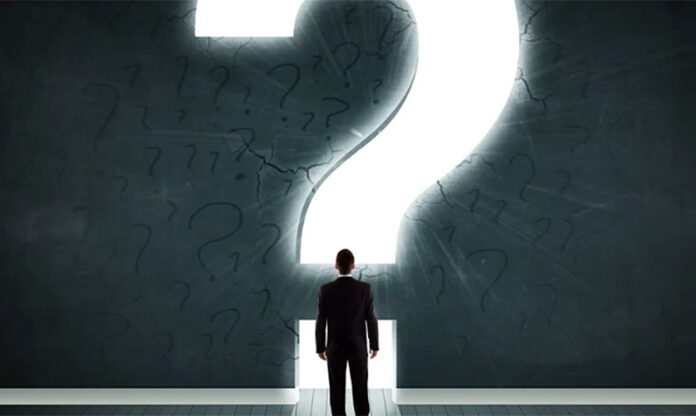 Like everyone else in the TKD family we were initially puzzled as to the reason why a group of people are so obsessed with attacking the GMS and Mr. Rafaty. Could there be actually something wrong with the GMS as it has been insinuated?

MasTKD decided to look deeper into it. Analyzing the sources of money from the former WTPA administration and the GMS it became clear this miss intentioned may not be interested in uncovering a corrupt system but that their goal may be discrediting a system that cuts into the profit of their operations in WTPA.

MasTKD has been following the WTPA saga closely. As is common knowledge by now that for more than a decade, Mr. Choi and his administration handled lots of money from events and memberships outside the books. Under Choi and his management team, those who controlled WTPA events had access to a large piggy bank. Reports of cash transactions for events, markups to the “official” sanction fees, lack of disclosure regarding funds coming in and out of WTPA but fictitious approvals documented in minutes that were never circulated. Those are only a few of the many irregularities being uncovered in the recent investigation of the past administration’s management.

For years the former management of WTPA set new corporate structures and rules that would allow them to use and implement their own chosen for-profit event systems, registrations and education/certification programs to handle funds that were never accurately documented and remain largely unaccounted.

When WT decided to introduce the Global Membership System (GMS) it seemed to pose a significant threat to the former management’s way of funneling money and it is no secret that Mr. Choi and his team began an open campaign to discredit WT and the GMS.

MasTKD decided to look into the origins of GMS. Was it a business venture between Hoss Rafaty and Inseon Kim as insinuated by the former WTPA administration? If so, who is profiting? To find the answers, MasTKD obtained information from several individuals with inside knowledge and here is what we found.

1) World Taekwondo International Foundation (WTIF) was not created for the GMS.

Actually, the creation of WTIF was to support expansion programs by seeking and receiving donations for WT. Here is how it happened:

Back in 2007, Dr. Choue was looking for ideas to increase funding available for WT programs. In his search he came in contact with a Texas businessman who had been assisting another taekwondo organizations improve the efficiency and reach of their programs. This businessman was Mr. Hoss Rafaty. Dr. Choue had a meeting with Mr. Rafaty where they discussed WT situation. Mr. Rafaty told Dr. Choue that to increase funds for projects, WT should look into creating a system that could keep track of the needs of the global membership while using that information to implement and improve WT programs. The basic premise was that by expanding valuable services to its members WT could generate additional revenue, and because WT is a non-profit corporation the revenue generated would then be reinvested in operations and expansion of programs, making WT a self-sustaining entity.

Mr. Rafaty understood this concept since it is similar to the system used by his company to track the needs of their customers and evaluate their satisfaction. While Mr. Rafaty was willing to share his experiences on setting up this kind of system, he was not interested in helping WT develop the membership system as he was aware that it would involve too much time and effort that would take away from his private enterprises.

Instead, he agreed to help out by becoming Chair of the Expansion Committee tasked with looking for other funds to assist WT. WT decided to create a foundation and also asked for Mr. Rafaty’s help to set it up. Since the foundation had no operating funds, Mr. Rafaty enlisted the help of others who were willing to donate their time to create what later became the World Taekwondo International Foundation (WTIF).

2) The idea of a GMS gains interest in WT:

Separate from the foundation work, WT began to explore the option of establishing a global membership system and after a couple of years decided to conduct a study to determine the viability of creating and managing such a system. In 2009, Mr. Rafaty was asked again to help research how this system could be designed and implemented for WT. Once the information was gathered it was submitted to WT for analysis and approval. WT then decided that WTIF should handle the development of the project in order to keep any issues or liabilities from affecting WT operations. If the project became operational and successful, then WTIF would transfer it and its personnel to WT. After several years assisting WT as Expansion Committee Chair, Mr. Rafaty wanted to see WT succeed so he agreed to take the additional responsibility of helping WT develop the GMS system still as a volunteer.

3) The GMS begins to be built:

In 2011, the fist software developing company was hired. Because WTIF had no operational funds and it was not yet clear the extent of the services that would be provided by WT, it was not possible to purchase an already made software program. As a solution, WT decided that WTIF should enter into a software service agreement, where the software company would develop and modify the system on an ongoing basis with the revenue generated from the memberships collected. Once GMS began generating revenue, it appears that revenue was methodically documented with every invoice and receipt filed. MasTKD is verifying the numbers it has obtained regarding the operating budget of the GMS and will be publishing additional articles with that information. So far, income and expenses handled by GMS display a detailed accounting and specifies what portions of it were invested in the development of the software and the work of the personnel. As the program grew additional personnel was hired. For several years the number of personnel appears to have fluctuated between 5 and 8 employees that provide service to WT memberships in the five continents.

It is important to note that while GMS was in the development phase, using the system was not mandatory for WT membership. Despite of that, GMS was able to steadily fund its operations and increment the services provided while increasing profits.

The apparent success of the GMS appears to have given WT the confidence to transfer its operations to Korea. As of last year, Mr. Rafaty proceeded to transfer all accounts and personnel to WT. WTIF has no involvement with GMS since 2021.

5) So who made money with GMS?

Based on available records it appears that neither Mr. Rafaty, Mr. Kim or any other individual involved in the management of WTIF was compensated in any form. All funds received by GMS were used in the development and operation of the system, given as rebates to the Continental Unions or allocated to be used in other WT projects. Details of the accounting will be provided in the next article.

6) OK, so now that we know how GMS came into existence and how it operated why do we care?

Well, the answer is simple. It is a matter of establishing who is responsible for providing services to the WT membership and using the payments received for those services to provide additional services to the membership. WT as the International Sport Federation recognized by the International Olympic Committee for Taekwondo, has the responsibility of providing services to its membership around the world. Those services are aimed to ensure that members participate and comply with IOC requirements in the practice of taekwondo. The GMS is the vehicle by which WT aims at gathering funds to finance the programs and services provided to the membership.

What the WTPA scandal has shown us is that both WT and the CUs use of money has to be for the benefit of the membership. In other words, the money that comes in has to be documented and invested in the work of the organization.