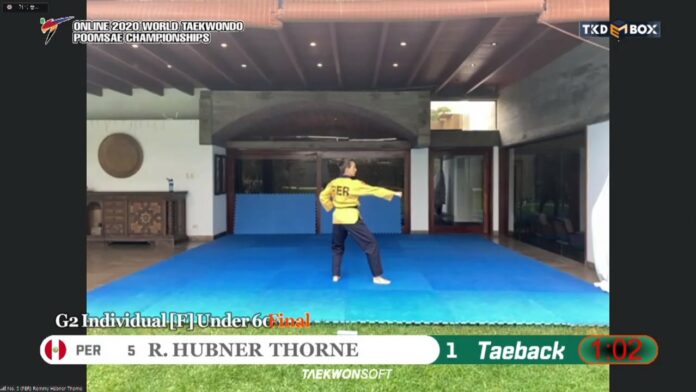 The World Taekwondo G2 Poomsae Championships comprises 12 recognised poomsae and 2 freestyle categories, split across men and women. The finals of the 12 recognised poomsae competitions begun on December 7 and will take place each day until December 12. The Championships live streamed on the World Taekwondo website and official social media platforms. Athletes from 30 countries will compete in the finals. The final of the two freestyle categories will involve 16 athletes from 12 countries and will be streamed on pre-recorded video.

“We have been hugely inspired by the first ever Online World Taekwondo Poomsae Championships. We have enjoyed all kinds of taekwondo; elite athletes under 30 years old all the way through to over 65; and taekwondo enthusiasts competing alongside grandparents and grandchildren.

“The World Taekwondo Poomsae Championships has reinforced what an open and accessible sport taekwondo is. We wish all the finalists the very best of luck but no matter the result they have reminded us all that whatever our age, our gender or our skill level we can all remain active and have fun.”