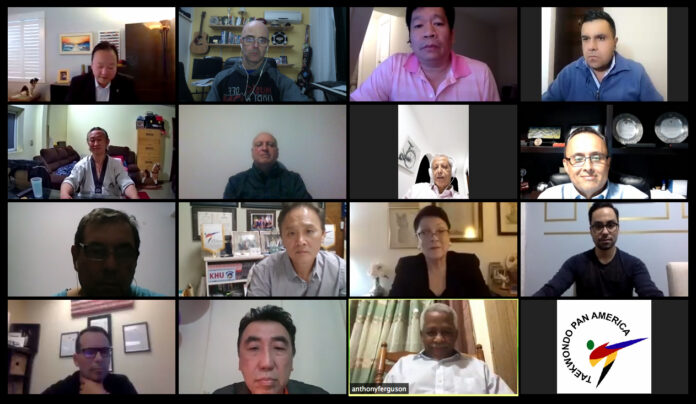 The decision was made in an extraordinary meeting called in an emergency, after Ji Ho Choi announced last Friday night his resignation from the position he held since 2007, claiming natural fatigue generated by the position and desires to share more with his family.

In an interview with MasTKD.com, the Colombian Navarro said, he accepted Choi’s order to lead WTPA until the ordinary General Assembly to hold elections for the next term.

In addition, on Tuesday he told the members of the Executive Council that he has no interest in continuing in the position once his interim period expires.

“I highlighted the need of teamwork and to take advantage of the experience accumulated by each of the leaders of the region, who are renowned and who have a lot of knowledge about the needs of the region, and I mentioned that the principle of integrity and unity can lead us during this transition period a satisfactory task”, Navarro told MasTKD few minutes after the virtual session ended.

Helder Navarro is also a member of the Colombian Olympic Committee and has been linked to Taekwondo for more than 30 years.

In the history of WTPA, previously called PATU, Navarro is the second Latin to take over the acting presidency, after former President Cha Sok Park passed away and Panamanian Varo Barragán served as interim.

Ji Ho Choi was the president of WTPA since the 2007 Cali elections.