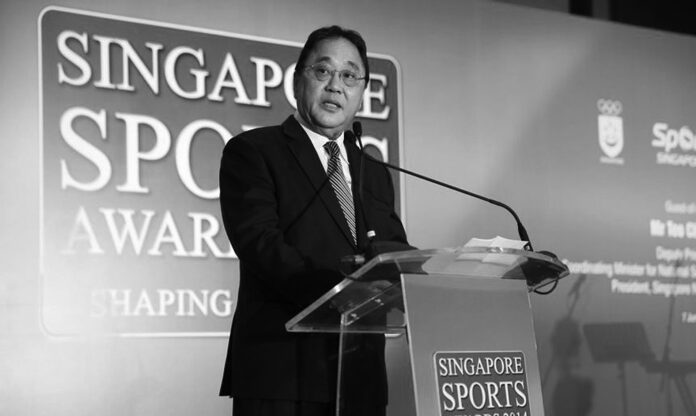 The information was confirmed to MASTKD by sources of the World Taekwondo that were very affected. The causes of passing did not transcend.

Milan Kwee was president of the Singapore Taekwondo Federation from 2004 to 2018, when he resigned to his position to dedicate time to his family, himself and personal projects, stated the local newspaper The Strait Times, back in that time.

In 2016 he was appointed as an honorary citizen of the city of Seoul, for his effort in to spread the taekwondo beyond Korea and his birth country.

Kwee is remembered as one of the veterans closest to the World Taekwondo President (WT), Chungwon Choue.

His role in sports is framed from the base and essence as an athlete, until his function in politics and important management positions.

He was part of the first national team of Singapore at the 1973 World Championships as an athlete, winner of Gold and Silver on the first two Asian Taekwondo championships and a member of the National Olympic Committee of his country, member of the WT Executive Council, part of several Commissions of WT and stainless defender of the improvement of taekwondo.

His last international official event in which he was present was the Pan American Qualification Tournament for Tokyo Olympic Games, in March 2020 in Costa Rica.