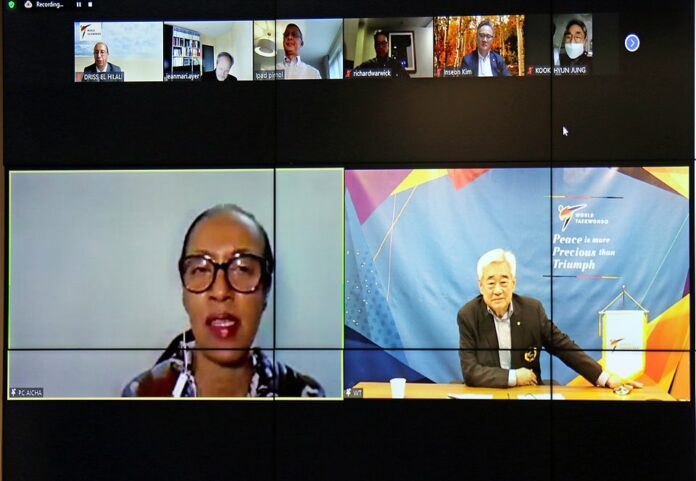 The two remaining appointed Council members will be announced in due course. Mr. Pimol Srivikorn will continue as Treasurer. There are currently 10 female Council members representing 31% of the Council. World Taekwondo is committed to achieving gender parity on the Council by 2030 at the latest.

“We are delighted to announce our newly appointed Vice Presidents and Council members who will bring vast experience and contribute significantly to World Taekwondo. We have a very strong and diverse membership in the Council and I am looking forward to working closely with them in the weeks and years ahead. Over the past 18 months, we at World Taekwondo have been preparing ourselves for this moment. In a sense, it will be a new world but we will emerge better and stronger, together.”

President Choue also announced that he has created an ad-hoc Committee for the 50th anniversary of World Taekwondo which will be celebrated in 2023.

For the Orientation for Council members, the World Taekwondo secretariat covered the federation’s Vision, Mission, Values and Strategic Priorities, history and structure; World Taekwondo’s support for stakeholders, education and social responsibilities; the status of World Taekwondo; external relations and partnerships; World Taekwondo events; communications; para taekwondo and GMS. There were also presentations on the mandates of Council Members.