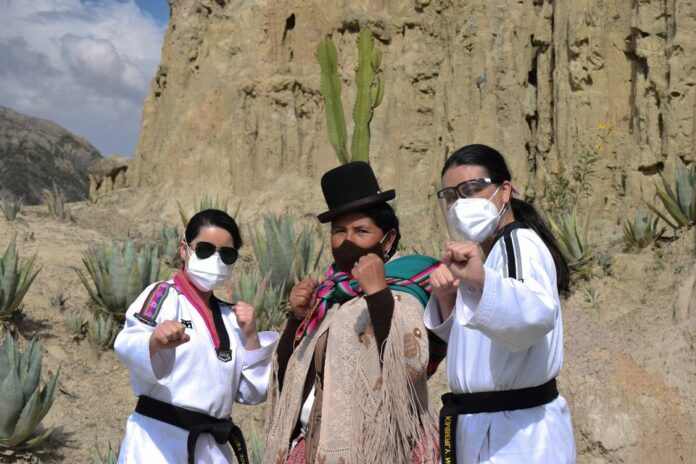 In the high-altitude cities of La Paz and El Alto, indigenous “cholita” women, who have long faced discrimination, train wearing their distinctive billowing skirts and bowler hats as part of a female empowerment drive by the Warmi Power project.

The women learn self-defense to protect themselves against domestic violence attacks, most often by partners or other family members. UN Women data shows eight out of ten Bolivian women suffer some type of violence during the lifetime.

“Men are not afraid of hitting women,” said Huayhua, 52, who has five children. “That’s why women live in great fear.”

“I have suffered a lot of physical and psychological abuse since I was a child. Up until now that I am an older woman, I have always suffered a lot.”

This year Bolivian authorities have already tallied 48 femicides, mostly by partners or husbands of the victims. Reports of abuse are common, though most perpetrators never face justice despite robust laws meant to prevent gender violence.

The self-defense classes are taught free of charge by instructors from the Warmi Power project, which says it has already reached some 20,000 Bolivian women.

“Our workshops look at psychology, attitude and emotions, to empower women to be able to stop certain aggressions,” said Laura Roca, a sports psychologist with the project.

“So women can recognize when they are in a situation of violence, a toxic relationship and can stop violence before it occurs and reaches femicide.”