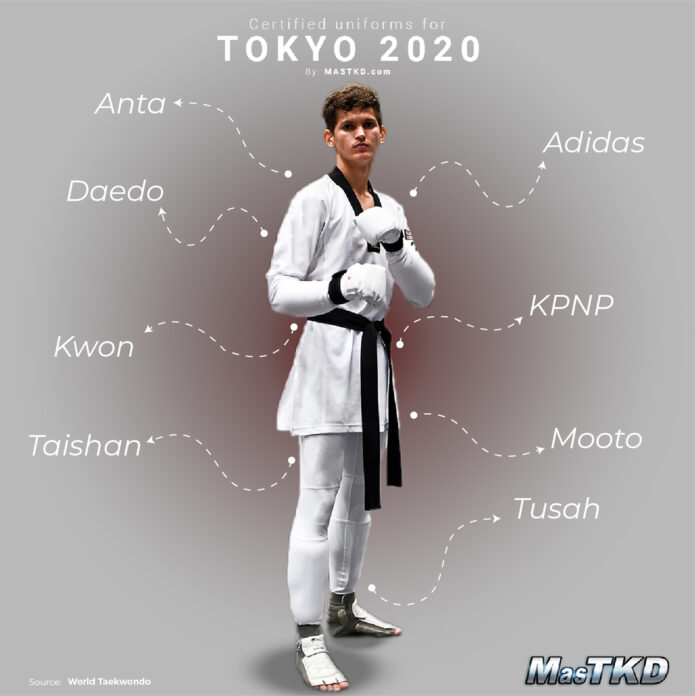 According to the message of the World Taekwondo (WT), Anta, Adidas, Daedo, KPNP, Kwon, Mooto, Taishan and Tusah are the endorsed companies for the Tokyo 2020 Olympic Games where Taekwondo will be held in Hall A of the Makuhari Messe, located in the town of Chiba, from August 4 to 7, 2021.

For Tokyo 2020, the Taekwondo uniforms have a modern look different from the traditional Dobok, as announced after Rio 2016 and implemented, for the first time, at the 2019 ROME Grand Prix.

In this regard, WT warned at the time that the new competition uniform would not affect the use of the traditional Dobok.

The official explanation reassured that this new uniform will be exclusive for elite events such as the Grand Prix or Olympic Games. In addition, each athlete will be able to use it at their discretion in the events of their choice.

Part of the objective of this new implementation is to make the Taekwondo techniques more attractive to the eye of the public that is not familiar with the discipline.

One of the curiosities of the clothing is that the shin and forearm protections are attached.