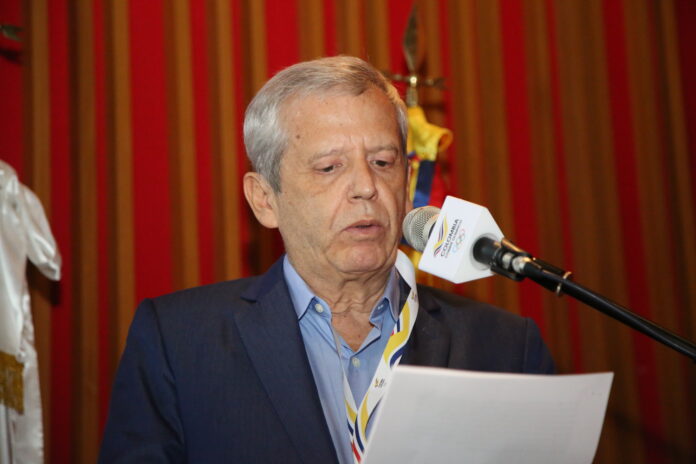 The new acting president of the World Taekwondo Pan America (WTPA), Helder Navarro, told MasTKD.com that his predecessor Ji Ho Choi entrusted him with the helm of the continental union and he accepted, activating article 9 of the statutes.

“For almost 30 years I have been on the board of the Pan American Taekwondo organization, collaborating whenever possible. At this juncture, Grand Master Choi asked me to assume the responsibility of the temporary Presidency in accordance with our statutes and I accepted that assignment. I hope to be able to fulfill it until the election takes place to elect a new President”, Navarro said in a brief interview with MasTKD during the early hours of the past Saturday, September 5.

The acting president said that everything is still going on at the organizational level and that talking about political catastrophes should not be appropriated, because the structure of the WTPA is extremely solid.

“I think that the Pan American Taekwondo family should be calm. There is a group of people at all positions of the entity with the experience and dedication to face the situation properly. It is a team that know each other and that I am sure they will give its unrestricted support to the process. These are difficult times and we must all rethink some things thinking about the common good”, said the Colombian.

Navarro assumes the highest continental position in Taekwondo, after last Friday night Ji Ho Choi sent an email to all the national federations claiming fatigue and wear due to the natural responsibilities of the position.

In addition, the American Korean said he wants to share more with his family and spend more time at his school. In the official letter he also said that he declined from the vice presidency in the World Taekwondo (WT).

This is the second time in the history of WTPA that a Latin has assumed the presidency. Back then in 2007, when President Cha Sok Park passed away, Panamanian Varo Barrangán became acting president.