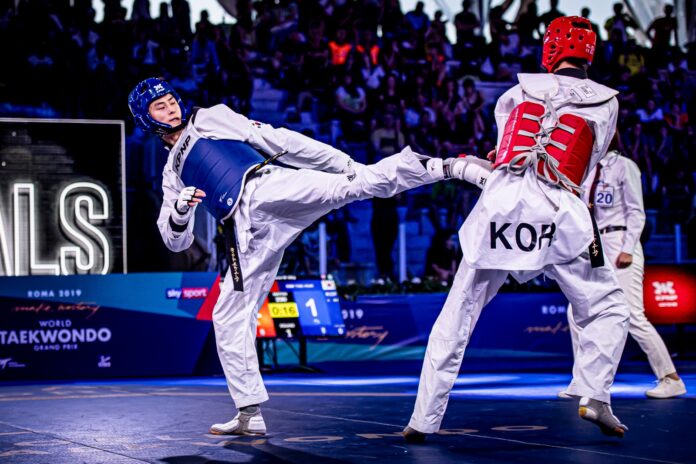 It has been 14 years since the World Taekwondo (WT) adopted PSS (Protector scoring system). They have been improved their system and several defects since their introduction. After more than a decade thanks to PSS Taekwondo is in another level.

The biggest reason why PSS were adopted is the fairness in judging. Back in 2008, the Kyorugi scoring, was totally in charge of referees. Because of human errors sometimes, judgement was considered biased.

Therefore, WT decided to adopt the PSS to avoid this kind of mistakes. In 2009, they were used at the World Championships for first time ever. From that time, they have been used on main Taekwondo competitions including Olympics and World Championships. As of 2021, there are two WT certified companies in PSS, DAEDO and KPNP.

However, even with the limitation of human error other glitches have been found. These issues may be classified into three parts such as intensity detection, wireless communication, and system error.

First point, Intensity Detection is the main difficulty, which is about the system ability to distinguish players attacking properly and constantly. Technologies required here are related to the linearity in the Detection Intensity (expression in proportion to the intensity value which increases constantly.) if this keeps in proper values, and if all sensors respond in a consistent way. In the opinion of players, this issue has not been totally solved.

The last bullet is “unknown system error”. This include cases called “Ghost Score” which is when a point is shown at the screen even when there is no attack by a player. Also, there is the case when system stops randomly so that result on a competition delay, sometimes for quite a time.

In addition, a device capable of testing the irregularity operation and failure of PSS is also required. So far, players have been trying to solve this under referee’s instructions on the court, but reliability on this method is still low.