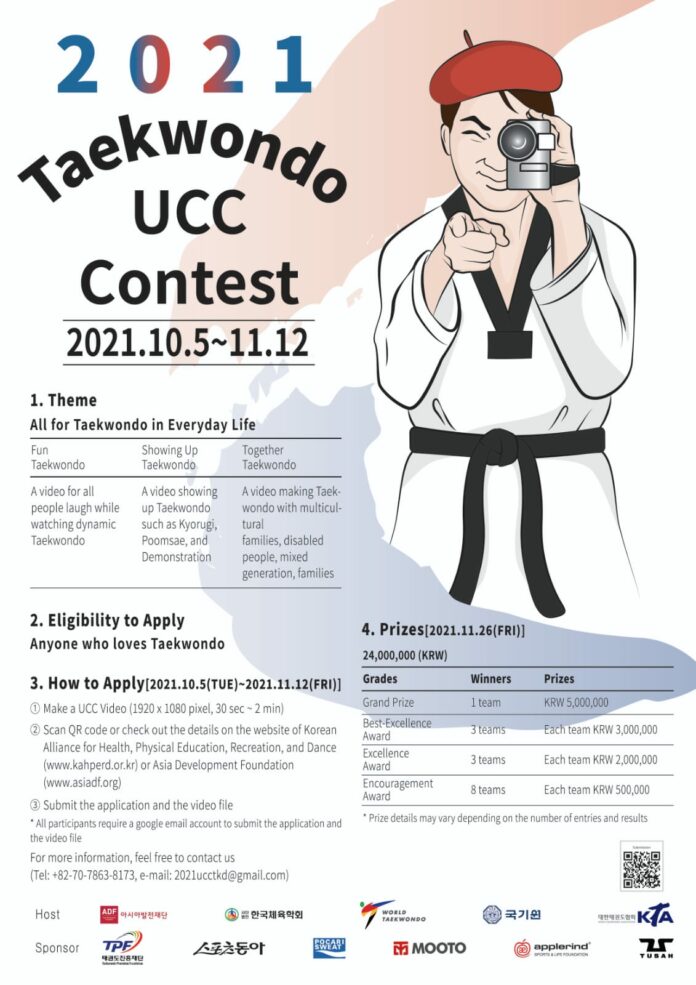 The 2021 Taekwondo UCC Contest, which is open to everyone who loves taekwondo at home and abroad, is hosted by the Asia Development Foundation and jointly organized by World Taekwondo, the Kukkiwon, the Korea Taekwondo Association and the KAHPERD.

Each UCC (user created contents) video should be a 1920 X 1080 pixel with a length of 30 seconds to a maximum 2 minutes. For the application and other detailed information on the contest, you can visit the website of the Asia Development Foundation at www.asiadf.org and the website of the KAHPERD at www.kahperd.or.kr.

The successful winners will be announced on November 26 after thorough screening by experts.

Kim Joon-il, chairman of the Asia Development Foundation, said “Through this taekwondo video contest, I wish both the Korean people and foreigners to have more interest in Korea’s national sport of taekwondo, which has grown as a global Olympic sport, and wish taekwondo will be loved and respected by the world as a martial art-Olympic sport.”

The Ugly Business of Taekwondo, why is the GMS under attack?

Taekwondo could be included at Coastal Games 2023