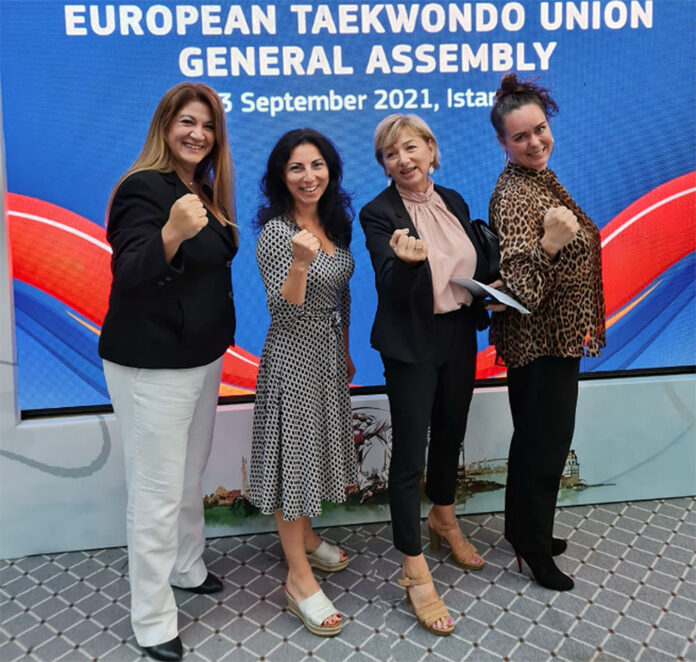 “Being elected as Vice President of the ETU is not only a personal honor but it is an achievement for Malta as well. History has been made with the election of the first female to occupy such a position. It is even more rewarding to see three female council members being elected” explained Anna Vassallo to MASTKD, who wrote history when she became the first female Vice-President in the forty-five-year history of the ETU,

Vassallo has served for several years as an Executive Board Member within the said Union and was also appointed as a member of the electoral commission of the same continental federation. Vassallo’s appointment is one of the highest appointments achieved by local sports administrators on an international level for Malta.

Vassallo, who has been involved in the sport since 2017 has been instrumental in reactivating the local Association which had been dissolved following several governance issues. The Association is now recognized by the International Federation – World Taekwondo, by the Continental Federation – European Taekwondo Union, by Sport Malta and by the Maltese Olympic Committee.

Fresia Pérez is a political refugee in Sweden. “I was 12 when we were kicked out of Chile. My father was a political person”, explained Pérez who started her involvement with the sport almost 20 years ago, contributing ended up being one of the main coordinators of the first Olympic qualification in Stockholm. As for the National Federation: “I was supposed to be one year President in the Swedish Taekwondo Federation and I was re-elected. After a year. So, now I’m holding the position for the second period. I am very excited; I have learned a lot. I’ve learned to really love the sport even if I haven’t been myself a taekwondo athlete”, Pérez stated in exclusive to MASTKD.

Effie’s Zikouli nomination was not a surprise. She is part of the taekwondo family since 1987, started as an athlete. She is a media person, worked in Olympic Games, in more than 100 taekwondo events all over the world, she was the Vice Chair for the Media Committee in World Taekwondo Federation until 2019 and President at the ETU Media Committee until 2017. She produced the first live broadcasting of taekwondo under TV Rights contract with EBU and she is awarded by several organisms for her contribution in promoting taekwondo. “I always worked for the development of taekwondo and now I will have an extra reason to do it” said Zikouli, who owns a gold medal in the first European Masters Taekwondo Championships 2017 in Luxemburg.

In her case there is a paradox created, as while she was born in Greece the last 4 years, she is a permanent resident of Cyprus: “Although all the elected and appointed members of ETU we represent Europe in total, it is logical that I will emphasize to the promotion of Greece, but even more of Cyprus, where I live permanently and I have my business”, Zikouli explained while she became the first woman of the highest appointments achieved by local sports administrators on an international level for Cyprus. The same also as a journalist for Greece.

Enggaard Kempf entered the taekwondo family because of her son: “I started because my son was a taekwondo athlete. I became the president of the club and now I’m the President of the Danish Federation”, Kempf explained while she is the only woman on board: ”I’ve been elected in October last year. So, it’s not so long. It’s a quite big honor to be President. I’m trying to renew the Danish Federation and unite the whole country”, Kempf stated while she working to attract more women to the administration office.

All four, are recognized and successful professionally in their countries having already a plan for the European Taekwondo Union. Anna Vassallo is willing to work for the transparency of Union’s procedures and policies, Fresia Pérez on the refugee program and the technology sector, Effie Zikouli for the promotion and the media development in the digital era and finally, Enggaard Kempf for the youth development programs.

Further to the importance of adopting IOC’s new regulations, Sakis Pragalos wrote history to the National country members of ETU.