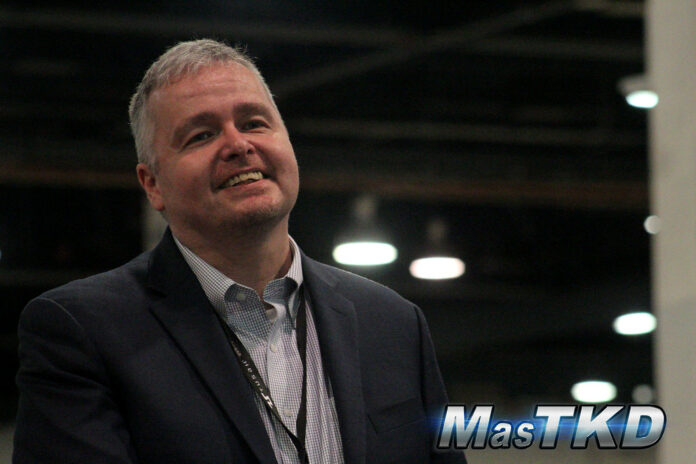 With the goal of identify, develop and support athletes into their Olympic dream, the Athlete Academy is getting stronger everyday with more people looking to be part of this strategic plan.

The Academy will identify and induct the most promising young athletes in the country into an intensive program of growth as an athlete, including tailored training, detailed planning and funded participation in competitions around the world.

“The work we’re doing with the Athlete Academy on an organizational level is really just common sense and good practice – put a great group of athletes in the same place as great coaches, support them to train hard and what seems like magic happens. It’s not magic, it’s just solid policy – they drive each other forward, every day” explain McNally to MASTKD.

“We’re building the entire organization 100% around the athletes, and every decision has ‘athletes first’ as its major consideration – if something doesn’t benefit the athletes then we simply don’t do it. That’s our core policy”. Continued the CEO.

More and more people are seeing the significant signs of life within the program and getting onboard.

“We know for sure the athletes and parents are excited, because they see these incredible opportunities for their kids moving forward, and thankfully we’ve demonstrated that we treat their safety and success with the utmost seriousness, and trust is starting to grow again in USATKD. We have to make sure we live up to those high expectations and serious responsibilities every day, and we will”. Stated McNally.

Day by day, more coaches are following the Academy and looking to be part of it.

“We know it was hard for them to be caught up in what felt like a whirlwind of change, but they see a brighter future coming over the horizon now for the sport in the country that they love, and for the athletes they develop, and that it’s something exciting with great possibilities”, said McNally.

“What we’re seeing now is that the U.S. has, and always has had, incredible Taekwondo athletes, they were just being under served by the process previously with only the select two or three receiving any real support from the Governing Body. Only 18 months into our full-time programs we now have 14 fully funded athletes and 6 more on scholarship. Our goal is to have 32 – four in each Olympic Weight Division by the Paris Games, ready to power into LA 2028 with athletes who are genuinely ready to compete on that stage.

We’re growing cautiously optimistic that the Athlete Academy is truly the long-term solution to the U.S. performance problem, and we’re seeing real signs of progress and hope that the United States will be a force again on the world stage in the not too distant future. There will be bumps in the road – we’re undergoing a massive organizational and athlete transition at the same time and there’ll be mistakes made and curveballs thrown by the game itself – this is high level sport after all, and nothing is ever guaranteed. We’re realistic about time frames and have no doubt those that want to see us fail will take great delight every time we stumble, but deep down even they can see change for the better is happening, and we hope that eventually they will be able bring themselves to join us in helping make U.S. athletes competitive again around the world.” Finalized McNally.