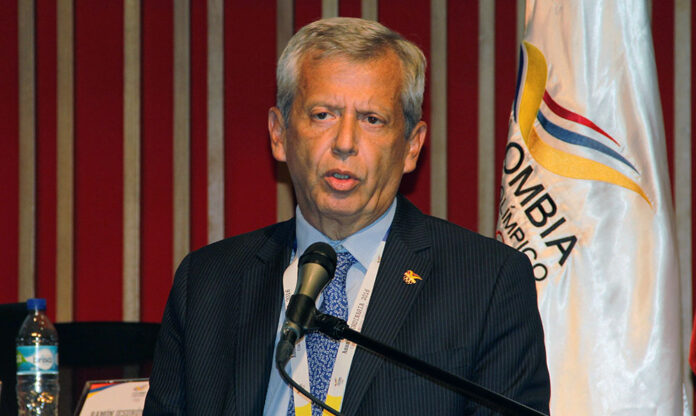 The World Taekwondo Pan America (WTPA) is going through its most critical moment politically speaking, as an Ad-Hoc Committee established by the World Taekwondo (WT) seeks to investigate the operation of the previous and current administration.

Three members of the WTPA Executive Council, who requested anonymity, confirmed to MASTKD that in the last meeting the acting president Helder Navarro reported the decision made by WT.

An attempt was made to corroborate the information with Navarro Carriazo himself, but as usual, when the issues are uncomfortable there is no answer. In addition, it was intended to confirm which members are part of it, the reasons why it is investigated and his opinion on the matter.

MASTKD was informed that the Committee is integrated by World Taekwondo members elected by Pan America, WT members from outside the region, and members of the WTPA Executive Council.

In fact, it can be said with certainty that it is headed by the Swiss Jean Marie Ayer and Corbin Min, Director of the Legal Department of the World Taekwondo, also the committee is integrated by Anthony Ferguson, In Seon Kim, María Borello, Marilú Deveer, Juan Manuel López, Rick Shin and Helder Navarro. The last two for being Secretary General and Acting President of the WTPA, respectively.

World Taekwondo, making use of its powers as the governing body, proposed this “Ad-Hoc Committe” to achieve good governance and transparency in the actions of the World Taekwondo Pan America. MASTKD sources in WT, mentioned that the goal is to investigate into the budget administration, selection of host countries for events, administrative issues, payments, among other issues, of the past and current administration.

Helder Navarro took over the WTPA acting presidency last November when former President Ji Ho Choi sent an email in the middle of the evening announcing about his resignation.