Inicio ENGLISH Editorial: The risk of the ‘supply and demand law’ that attacks the...
Facebook
Twitter
WhatsApp
Telegram 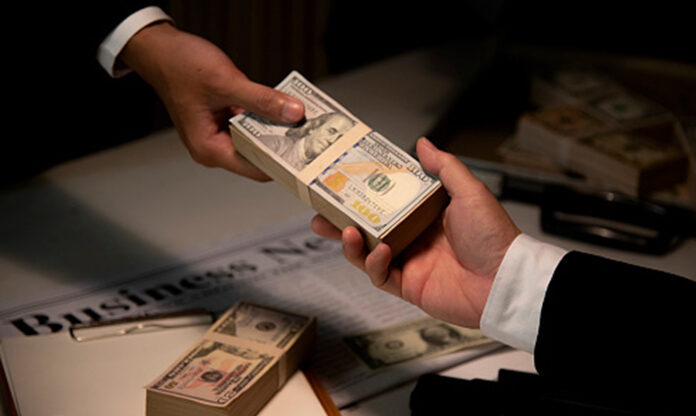 In the last WTPA Executive Council meeting held in December, it was approved to give the organization of continental events to the rich countries.

It is related to the supply and demand law, which consists of setting a minimum amount for the organization of an event and, based on the interest shown by the countries that amount  would go up.  According to the acting President Helder Navarro´s words, this is giving the events “to the highest bidder.”

The law, explained in a simple way, works like this: the price of a good or service is determined according to the number parties interested. If there are more interested parties than goods or services, the price goes up; if there are more goods or services, the price goes down. Theoretically, the price is determined by looking for a balance point, but the problem with the Taekwondo circuit is that Pan America  has a limited number of continental official events, the only thing that varies is the interest parties, not the offer.

Then, applied to Taekwondo it would work something like this: it is not the same to determine the price of an event that only one country wants, than determining the price of an event that five countries want. If only one country bids, the organization will be given for the minimum amount; if five countries bid, the event will be given to the one that bids higher.

This law becomes a potential threat against the work of so many years, since it would throw overboard those who were its defenders and promoters in the past years.  Because for a long time the presidents of the national federations, especially in South America, have raised their voices so that the organizational dispute is fair, egalitarian and distributed throughout the continent.

Now, it seems that the majority of the Executive Council, with few exceptions, forgot the arguments supported in each public and private demonstrations.  Arguments that go from the budgetary differences with the countries of the northern block, the easy access to their countries and the institutional  bureaucratic process -which they mention so much- that they must undergo get the funds and thus aspire to the event organization.

Did the Executive Council forget the spirit of the Latin American countries block that presented a motion to rotate the G2 of the President’s Cup with fairer conditions? A public request made during the 2019 WTPA General Assembly in Portland, United States.

Paradoxically, the majority approved to fight head-on against the rich countries. Why? There are many assumptions, but let’s talk about facts.

The ‘Helderian’ methodology, approved at the beginning of his interim administration, is beginning to show symptoms of what the entire Panamerican area could face.

For example: A blunder of internal communication:  Fracisco Camacho, president of the Dominican Taekwondo Federation, vice president of WTPA and minister of Sports of his country; He anticipated the logical order of events and leaked – before ratification – that his country would host the   Pan Am Junior Games Qualification Tournament   for Cali 2021. He did it even before sending a written and official request expressing the desire to organize it.

After approaching Helder Navarro on two occasions , the acting president first said that the event had not been officially given to the Dominican Republic, but that the formal application letter was under way because Dominican was the only nation showing interest in organizing the event. And so?  Just by having the US $ 25,000 that was requested, the Dominican president was sure  that the event was his  without undergoing the due process?

The curious thing – and very curious – is that in a second approach, less than 24 hours, Navarro said that Puerto Rico had sent the formal letter showing interest but the answer is not yet sent.  It will be  answered until  the WTPA Executive Council meeting is held (not scheduled yet) ; then the Puerto Rico letter will be processed and answered.

That is, until the day of the host ratification, the WTPA will tell Puerto Rico if it is going to be given a chance to organize the event.

It happens that Puerto Rico  asked WTPA to reconsider the amount of US $ 25,000 because  they think that Puerto Rico has the health and biosafety conditions to organize the qualification tournament, but that the cost for is very high.

“(…) We think that we could be a viable alternative to carry out this event, so we could, in turn, advance the Puerto Rico Open, which we had scheduled for the end of that month and hold all the events that week. Puerto Rico has a strategic position, providing a comfortable trip from most of the countries of the American continent and we also excellent sports infraestructure”.

That said, everybody knows that, even with all the facilities our island has, Puerto Rico has a government in bankruptcy, so they do not have the money to subsidize any event. For these reasons, we would like you to consider our country as the Host for the qualification tournament, but also reconsider the amount and terms requested to organize the event, ”says the official letter signed by the president Elvin Landrau.

The same situation affected Ecuador and Uruguay, which expressed interest in organizing the tournament in a regional meeting, but gave up due to the exorbitant amount requested to be a host.

It seems inconceivable that the simple majority of the WTPA Executive Council gives more value to a junior qualifier tornament  than to the G2 and G1, with prices set by the World Federation.

Helder Navarro said that there are technical criteria that support the decision of the supply and demand law, criteria that some members of the WTPA Executive Council  ignore when they were asked for this editorial.

The symptoms of the supply and demand law must be kept under constant, meticulous and rigorous monitoring, because it seems that they precede a terrible disease, whose  only cure belong to  those who have money.

What will happen to the countries with no financial resources who will have to pursue  sports results far from home and probably with delegations diminished due to lack of resources? Where is the fair and equitable play that is called for in the much-used Olympic charter? Where is the spirit of developing the región in a integral way? The symptoms sprout, but the good thing about this – as President Navarro said – is that the WTPA Executive Council has time to eliminate this ‘law’. And then eradicating that practice –preferred by the Club of rich countries– now it is time for being consistent with the public and private speech and get to work in the political area for a fair, clean Taekwondo and rescue thousands athlete´s dreams, who are the ones who eventually pay the price.