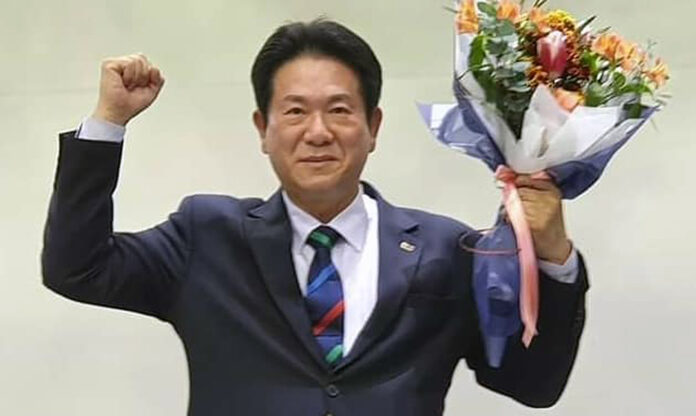 The election was held through an online voting system in special consideration because of the difficult situation due to the COVID-19 pandemic.

Elected president Lee, 9th Dan Kukkiwon, has extended his activities as a member of the Korean National Assembly and assumed a leadership role in enhancing Taekwondo as a national martial art. He said: “I will solidify Kukkiwon by seeking harmony, consideration and respect through its reform and normalization, and I will also establish an Ad Hoc Committee of “Save-Dojang” for those dojangs in difficult situation due to the COVID-19 pandemic.

Lee also declared to focus efforts in conjunction with WT and Mr. Bach, President of the IOC, so that Taekwondo Poomsae can be accepted as part of the Olympic program. Besides, he is looking to establish a special policy for the joint growth of Taekwondo as a sport and martial art.

GM Lee begins his official role as president of Kukkiwon on January 29 after receiving the electoral certificate from Mr. Jeong-Rok Kim, 9th Dan. He will serve the rest of the term until October 11, 2022.

With information of WTU.