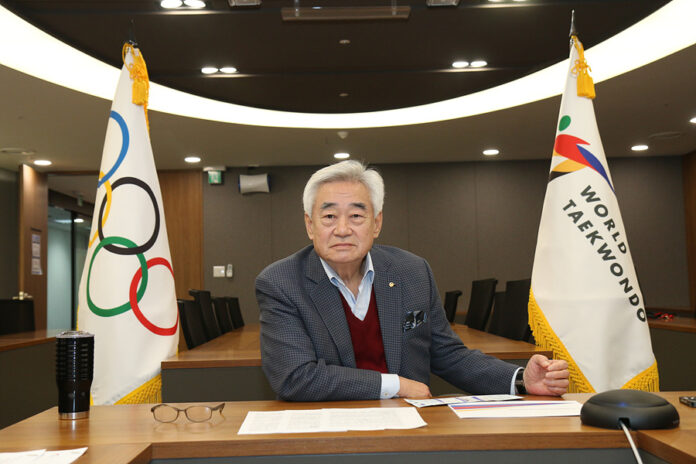 The General Assembly had originally been scheduled to take place on 13 October in Sofia, Bulgaria on the occasion of the World Taekwondo Junior Championships. However, to protect the health and wellbeing of athletes and all participants in the COVID-19 pandemic, the WT Council decided at its meeting on 10 August to cancel the World Taekwondo Junior Championships and hold the General Assembly by video conference.

As part of World Taekwondo’s long-term commitment to gender balance in their decision-making processes, Member National Associations (MNAs) have been encouraged to register one male and one female representative for the meeting. This initiative was proposed by the Taekwondo for All Committee led by Ms. Sarah Stevenson at its recent joint committee meeting with World Taekwondo President Chungwon Choue. Association of Summer Olympic International Federations (ASOIF) President Francesco Ricci Bitti will also join the meeting as a guest of honor to present the 2020 ASOIF Governance Report, which recognized the significant progress World Taekwondo has made in improving its governance.

Updates on the World Taekwondo Online Education and Para Taekwondo Education will also be shared. Since the outbreak of Covid-19, World Taekwondo has organized online education programs to replace the existing in-person educated courses.

The General Assembly will also hear updates on the World Taekwondo Guidelines and Protocols for Safe Return to Competitions and Training during COVID-19. This guideline have been developed by the World Taekwondo Medical Committee to help support athletes’ train and return to competitions safely under Covid-19 regulations.

The meeting will be available in English, French, Korean, Spanish and Arabic and will be delivered through the integrated GMS system.

A World Taekwondo Ordinary Council Meeting will be held virtually one day before the General Assembly to approve the agenda for the General Assembly and to discuss the upcoming World Taekwondo competitions such as the Grand Prix Final and Grand Slam originally scheduled in November and December. The Annual Report and the results of rule changes will also be reported at the Council Meeting.